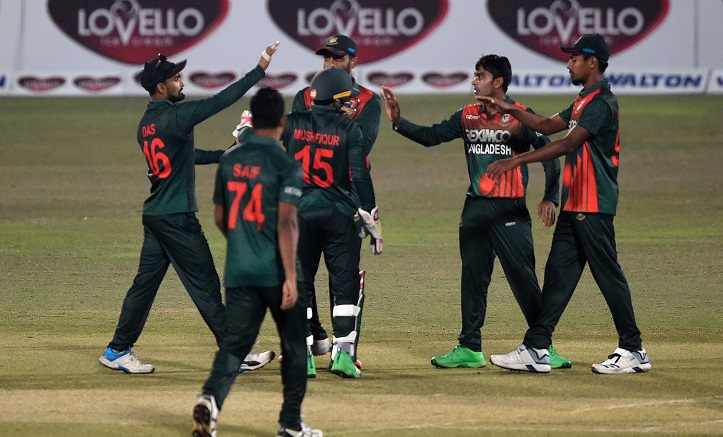 Bangladesh beat West Indies by 120 runs in their third and final one-day international to complete a 3-0 sweep in the three-match series at the Zohur Ahmed Chowdhury Stadium in Chattogram on Monday.

Mohammad Saifuddin claimed three wickets as Bangladesh bowled out the West Indies for 177 runs in 44.2 overs.

Earlier, four players hit fifties as Bangladesh made 297-6 in their 50 overs. Tamim Iqbal and Mushfiqur Rahim struck 64 runs each, while Shakib Al Hasan made 51 and Mahmudullah Ryad an unbeaten 64 off 43 balls.

The two teams will play two Test matches in February.

Mushfiqur Rahim was adjudged the man of the match while the Tigers’ ace all-rounder Shakib Al Hasan won the man of the series award for his superb performance.