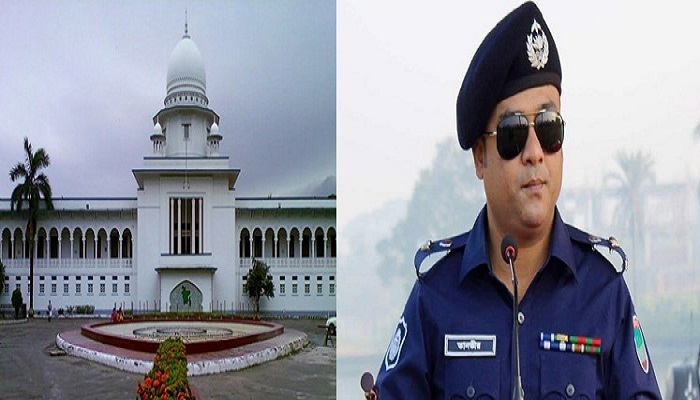 Superintendent of Police in Kushtia SM Tanvir Arafath tendered unconditional apology to the High Court for his misbehaviour with a Senior Judicial Magistrate during municipality polls in Bheramara.

He appeared before the HC bench of Justice Mamnoon Rahman and Justice Khizir Hayat on Sunday complying with an order.

“You have to show professional efficiency, not eloquence,” the court told the SP.

Police are oath bound to resist culprits and ensure safety of all citizens irrespective of political and other identities, said the court.

Terming balance of power among three organs of the state important for smooth functioning of the country, the court said police have to be cautious to avoid any incident of abusing power.

The whole country is frustrated with the incident created by police in Kushtia, the court opined.

Highlighting professionalism of police in general, the court said reputation and achievement of the department should not be damaged by any wrongdoing of its member.

Affirming an affidavit, the SP admitted to have misbehaved with Judicial Magistrate Mohsin Hasan and expressed repentance.

Terming the incident remorseful and unintentional, the SP said he will be more cautious about discharging duties to avoid repetition of such incident in future.

Tanvir Arafath prayed for exonerating him from the contempt of court rule issued on January 20.

Appearing for the SP, senior lawyer Md Munsurul Hoque Chowdhury also requested the HC to accept the unconditional apology submitted by his client.

Exempting the SP from personal appearance, the HC said it will scan activities of Tanvir Arafath till further order to be delivered on February 17.

The court renewed its order asking the SP to ensure safety of local Jubo Unnayan officer and presiding officer Shahjahan Ali who is a witness to the incident.