2 to die for killing man in Kishoreganj 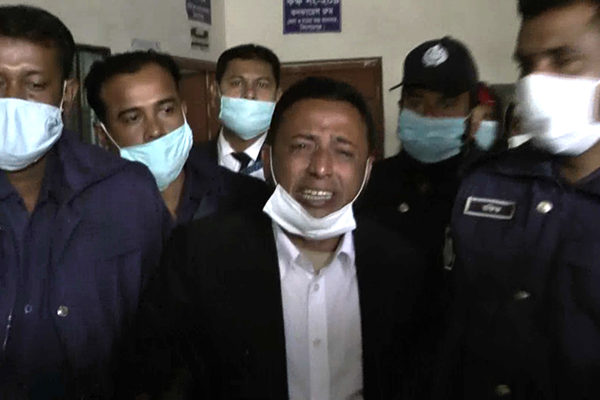 A Kishoreganj court has sentenced two people, including a woman, to death for killing a man on December 21, 2014.

The court however acquitted two other accused as the allegation brought against them could not be proved.

The court also fined the convicts Tk two lakh each.

According to prosecution, Shila called Nabi Hossain, from Uttarpara of Bhairab sadar upazila, and took him to his rented house. At one point, Shila slaughtered Nabi Hossain to death with a sharp weapon over extramarital affair at her house on December 21, 2014. Later, the body was cut into six pieces and hidden in several places in Bhairab.

Bilkis Begum, wife of the deceased Nabi Hossain, filed a murder case with Bhairab Police Station accusing the unidentified persons in the incident.