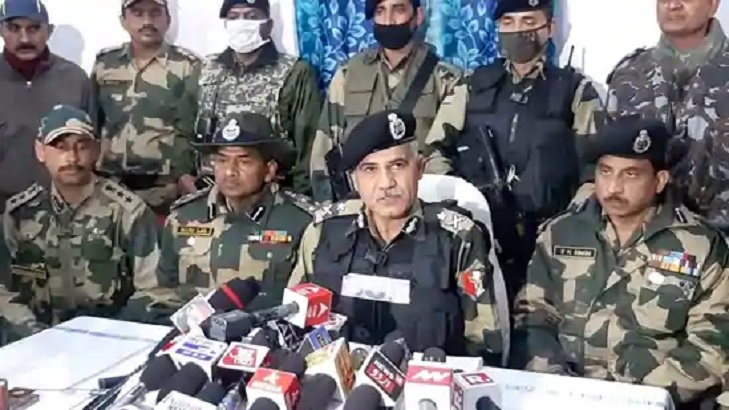 After another tunnel was detected in the Pansar area of Jammu and Kashmir by the Border Security Force (BSF) on Saturday, BSF Inspector-General (IG) NS Jamwal alleged Pakistan of digging the tunnel from the zero-line.

"Pakistan has dug the tunnel from the zero-line. The tunnel was detected between the Border Outposts (BOPs) on Pakistan's side Abhiyal Dogra and Kingre-De-Kothe, Sakargarh. The tunnel is about 140-150 metres long. It is 10-12 feet deep, the downside from the entry point and 25-30 feet deep, entered in the Indian territory. The diameter of this tunnel is 2-3 feet so that a man can easily cross by crawling," NS Jamwal, Inspector General (IG) BSF, Jammu told reporters.

IG Jamwal also said that Pakistani bags and some old bags were discovered in the tunnel.

The tunnel detected today is the fourth one in the last six months in Samba, Hiranagar and Kathua areas and the tenth in total in Jammu region, according to a BSF press release.

Talking about the operation, the BSF IG said, "Acting upon specific intelligence inputs for a while that there was the possible existence of a tunnel in the Pansar area. Our unit detected this tunnel under the ongoing anti-tunneling campaign. It is the fourth one in the last six months in Samba, Hiranagar and Kathua areas and the tenth in total in Jammu region," he said.

"We consider this area a sensitive area because it is surrounded by dense forest. Some notorious incident like in June 2020, the BSF had shot down a Pakistani Hexacopter and terrorist activities are also seen in the area," he said.

"Ahead of January 26, we are on high alert regarding border security. I want to give credit to the troops and the Intelligence agencies who has been provided inputs (to locate the tunnel)," he said.

In November 2019, BSF had foiled an infiltration bid in the same area, wherein some troops had fired upon the party trying to infiltrate into India.