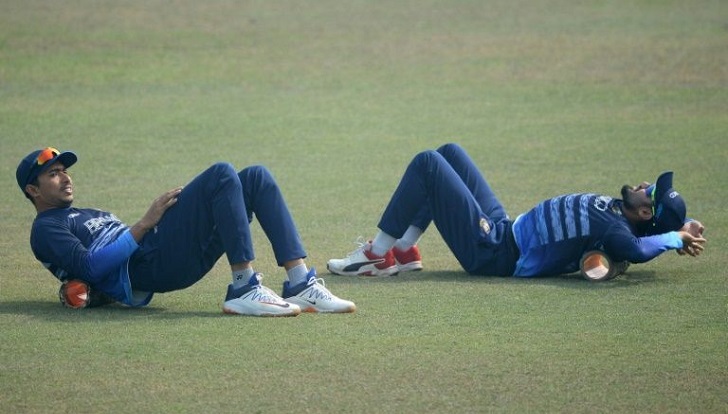 Bangladesh captain Tamim Iqbal insisted Sunday there was no shortage of hunger in his team after they sealed the three-match, one day series against the West Indies with a game to spare.

Bangladesh will face the West Indies in the third and final match on Monday.

They will be looking to complete a series sweep and win 10 more points in the World Cup Super League, a qualifying competition for the 2023 World Cup.

"We have won the series but there is another 10 points up for grabs. We know that the West Indies did not have a great first two games, but they are a dangerous side, they can come back any time," Tamim told reporters in Chittagong.

"We might have a few changes, but I am sure whoever is coming in, they all are match winners. So, I think there is a lot of hunger in the dressing room," he said.

Bangladesh folded the West Indies for less than 150 runs in both ODIs before racing to six-wicket and seven-wicket wins respectively, but Tamim still found room for improvement.

"In terms of batting, people are getting the starts, but probably not continuing or finishing their jobs. These are the areas where we have to keep on improving," he said.

"We came here for 30 points but we still have chance to get 10 points in this competition," Simmons told reporters in a virtual press conference Saturday.

Bangladesh have won nine of their last 10 ODIs against West Indies, which included a seven-win stretch.