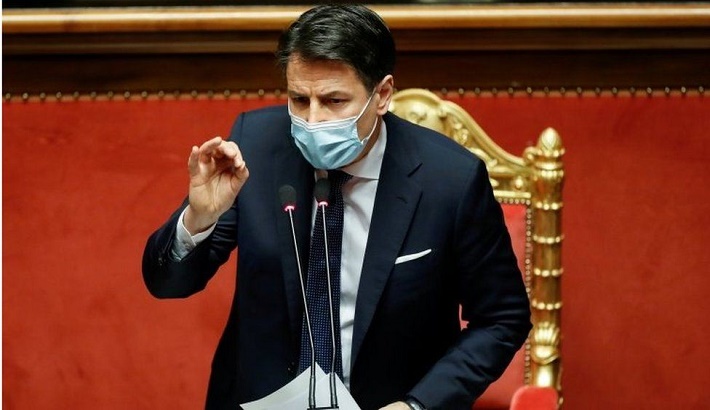 Italian Prime Minister Giuseppe Conte says a delay in the supply of coronavirus vaccines from Pfizer and AstraZeneca is "unacceptable".

Both companies have warned they will not be able to deliver vaccines to the EU as agreed due to production issues.

Mr Conte has accused them of serious contract violations.

A senior Italian health official has warned that the country will have to rethink its vaccination programme if supply issues continue.

The AstraZeneca vaccine, developed by Oxford University, has not yet been given EU approval; however the bloc's drug regulator is expected to give it the green light at the end of this month.

A spokesman for AstraZeneca said on Friday that "initial volumes will be lower than originally anticipated" without giving further details.

Officials have not confirmed publicly how big the shortfall will be, but an unnamed EU official told Reuters news agency that deliveries would be reduced to 31m - a cut of 60% - in the first quarter of this year.

The drug firm had been set to deliver about 80m doses to the 27 nations by March, according to the official who spoke to Reuters.

Last week Pfizer announced it was slowing supplies to Europe to make manufacturing changes that will boost capacity. The EU has ordered 600 million doses from Pfizer.