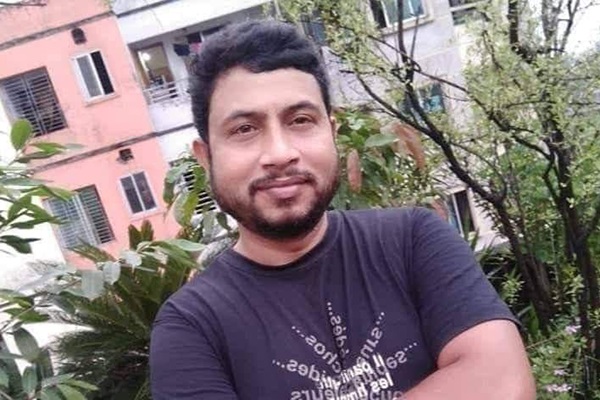 Md Alamgir Hossain, senior collection executive of circulation department of Bangladesh Pratidin, was killed as a bus hit him at Matuail area in the capital on Saturday evening. He was 42.

Family sources said that a bus of Doudkandi Gate Lock Service hit Alamgir when he was returning home in Matuail from his father-in-law’s house in Kanchpur at 7:30pm, leaving him critically injured.

Later, he was taken to National Institute of Traumatology and Orthopaedic Rehabilitation (Nitor), popularly known as Pangu Hospital, where doctor declared him dead.

The body was taken to Dhaka Medical College and Hospital (DMCH) for autopsy.

He left behind his mother, wife, and 12-year-old son Afnan Hossain to mourn his death.

Police seized the bus but its driver remained absconding since the accident.