Shooting of biopic on Bangabandhu starts in Mumbai 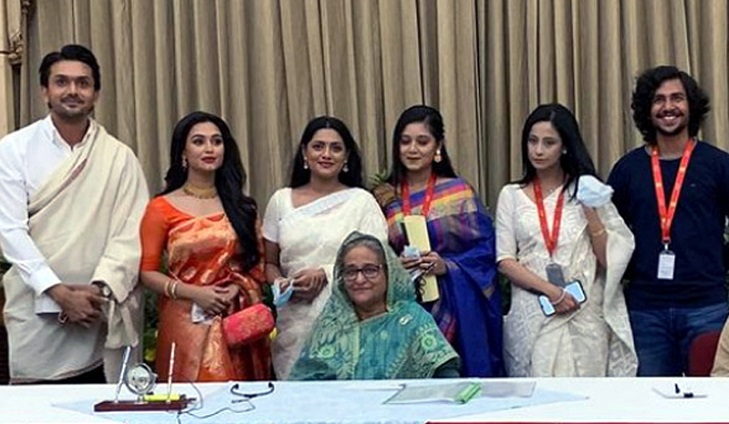 The shooting of the biopic on Bangabandhu Sheikh Mujibur Rahman titled ‘Bangabandhu’ began in Mumbai on Thursday (January 21).

The first shot (mahurat) of the film, directed by veteran filmmaker Shyam Benegal, was taken at the Dadasaheb Phalke Chitranagari studio.

The movie is being jointly produced by Bangladesh and India as part of the birth centenary celebration of the Father of the Nation of Bangladesh.

The first phase of shooting will take place in the Film City in Mumbai, which will go on for about 100 days. The second phase of the shooting will be held in Bangladesh.

Atul Tiwari and Shama Zaidi have written the screenplay of the film, while Nitish Roy is the art director. Shantanu Moitra directs the movie's music, and Akashdeep is the director of photography.