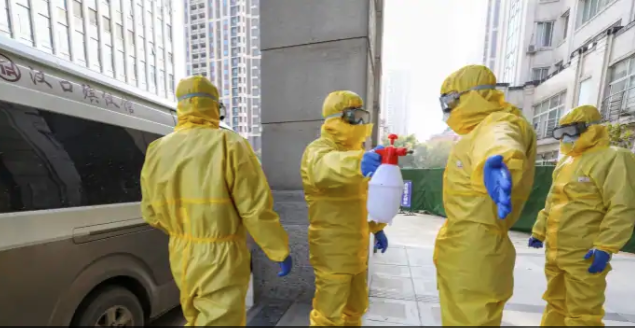 The COVID-19 pandemic has devastated the world and is the catastrophe of the century. The SARS-like virus that was named COVID-19 by the World Health Organisation (WHO) has claimed at least 1.9 million lives worldwide, disrupted trade and economic flows, and fundamentally altered the lives of millions of people. While some countries are still battling the negative effects of the pandemic, others have gotten over their initial shock and now wish to find out how the disease started and how to prevent one in the future.

The COVID-19 virus first appeared in the Wuhan province of China in late December 2019. Throughout 2020, and even now, China has justifiably been on the receiving end of a lot of criticism from across the globe due to its inadequate handling of the COVID-19 outbreak as well as misinformation during the initial stage of the outbreak.

China’s poor handling of the outbreak, as well as failure to timely dissemination of information on the virus to the world, is considered to be one of the foremost reasons that the deadly SARS-like virus was able to rapidly spread to other parts of the world and catch dozens of nations off-guard. China is severely criticized for trying to suppress information about the COVID-19 outbreak in Wuhan and silencing those who tried to speak out.

Since the pandemic began, there has been speculation as to how the virus originated and who was exactly responsible for it. US Secretary of State Mike Pompeo back in May 2020 had stated that there was “significant” evidence that pointed towards the COVID-19 virus having started in a Chinese laboratory. However, the matter remained subdued as the world got more involved in finding a solution to the catastrophe of the century rather than digging into the reasons.

As the world is moving toward recovery from the pandemic, the question regarding the origin of the virus is resurfacing. A paper published on Zenodo by Steven Quay, MD, PhD, head of two COVID-19 therapeutic programs at Atossa Therapeutics Inc has revealed that the COVID-19 virus began at the General Hospital of Central Theatre Command of People's Liberation Army in Wuhan, China.

According to the paper titled ‘First COVID-19 Genomic Patient Cluster was at PLA Hospital in Wuhan, China’, the PLA was creating COVID patient data as early as 10 December 2019, weeks before the Chinese government informed the WHO or the world about a possible threat to the people across countries. The German database that Dr Quay used for his research indicated that four of the first people that were infected with COVID-19 were from a PLA controlled hospital.

Interestingly, the PLA Hospital is just 3 km away from the Wuhan Institute of Virology (WIV), a Chinese high-security biosafety laboratory that houses the China Centre for Virus Culture Collection. As per the institute's website, the WIV is the largest virus bank in Asia and there are 1,500 virus strains preserved there. The WIV is the Chinese laboratory that is referred to by US Secretary of State Mike Pompeo as the cause of the virus.

Pompeo has also stated that China has repeatedly prevented the world’s scientists from going into the WIV. The Washington Post and Fox News have also quoted anonymous sources who said that they were concerned that COVID-19 came from the WIV. The Washington Post report has claimed that the researchers at the WIV do not follow safety procedures while Fox News claimed that ‘patient zero’ of the virus was infected by a strain of bat virus being studied at the facility.

The most prominent theory, even partially accepted by Chinese authorities is the Zoonotic Origin theory which states that the virus started in the Hunan seafood market in Wuhan, the extremely unhygienic illegal wet market and therefore a breeding ground for diseases.

Taking these facts into account, in line with the new Chinese Biosecurity Law, which has now prohibited the entry of lab animals into the open market, are seemingly connecting the dots. Prohibition of lab animals to enter the market under the new law indicates that they were finding their way to the market earlier and this somehow led to the outbreak of the pandemic. Thus, a high degree of possibility emerges that the lab animals from WIV, carrying the strains of the synthesized novel virus, found their way into the Hunan seafood market and subsequently infected the livestock loving Chinese people.

The way the Chinese handled the virus during the initial outbreak, reveals another layer to its origin. While samples from the first four patients at the PLA Hospital claimed to be obtained towards the end-December 2020, the hospital had files on them as early as 10 December. This implies that the Chinese government and PLA knew beforehand that specimens were going to be coming or the specimens were collected sometime in November. Both cases point towards the fact that the Chinese government knew about the COVID-19 virus as early as 10 December and did not share information about it with the rest of the world.

The four COVID-19 patients from the PLA hospital also include a patient whose coronavirus strain was the closest match to a strain of a bat virus from the WIV that scientists call "the closest relative of 2019-nCoV."

The US Department of State recently released a ‘Fact Sheet: Activity at the Wuhan Institute of Virology’. Within the fact sheet, the US government has made some startling revelations. As per the facts sheet the Chinese Communist Party (CCP) for months had deliberately stalled any attempts as a thorough investigation of the COVID-19 virus. The fact sheet added that instead of trying to discover the origins of the virus, the CCP has devoted enormous resources to ‘deceit and disinformation’. As per the fact sheet, the CCP’s obsession with secrecy has come at the expense of the health and safety of the people around the world.

The Department of State claims that the pandemic first began at the WIV and that several researchers at the WIV became sick in Autumn of 2019 with symptoms resembling COVID-19. The fact sheet also revealed that accidental infections have occurred in the past in the WIV, like the 2004 SARS outbreak. The CCP has repeatedly prevented foreign media and investigators from interviewing researchers from WIV. As part of an official inquiry, the US Department of State has said that China must provide access to WIV records on the COVID-19 strains and other coronaviruses before its outbreak.

The US fact sheet also spoke about secret military activities that took place at WIV. The US has determined that even though the WIV claims to be a civilian institution, it has on many occasions worked with the Chinese military on secret projects. The WIV has also engaged in classified research for the PLA since 2017.

The fact that China launched its COVID-19 vaccine development programme as early as mid-January 2020 and gave a go-ahead for the inculcation of PLA personnel in June 2020 without the official approval of the vaccine, also raises doubts that whether China had been aware of the spread of the novel coronavirus beforehand and had been it vaccine before the outbreak.

In the face of the constant backlash and criticism, its government and the CCP have repeatedly tried to change the narrative surrounding COVID-19. The CCP has invested enormous resources into spreading propaganda and false information about COVID-19 to deflect blame away from themselves. The CCP's obsession with secrecy also led them to silence, harass and punish those that have in the past tried to go against the CCP narrative and reveal the truth about the virus.

Dr Li Wenliang tried to warn his colleagues and the world about a deadly SARS-like pathogen in early January. Instead of heeding to his warning, the CCP accused him of spreading ‘rumours’ and reprimanded him. Dr Li, unfortunately, succumbed to COVID-19 in early February 2019. In another case of the Chinese government trying to silence those that have spoken about the virus, China sentenced citizen journalist Zhang Zhan for four years for documenting the effects of the virus in Wuhan.

As per the UK Conservative Member of Parliament, the WHO has been somewhat complicit in China's attempts to hide the truth about the COVID-19 virus origins. MP Duncan states that the WHO investigation team that is currently in Wuhan is sitting in isolation in lockdown in China and has not even asked to inspect the WIV. As per a report in the SUN, Sir Duncan has stated that the Chinese government intentionally delayed announcing information about the deadly coronavirus to avert the cancellation of the ‘phase one’ trade deal, slated for January 2020.

The CCP and China were under severe US sanctions which would have cost China a trillion US dollars in economic losses. If word had spread that China was the root cause of an upcoming global pandemic, the deal would have been scrapped.

In the months leading up to the new year, the CCP and China have shown themselves to be a deceitful and brutal regime. Its apparent attempts to hide the origins of the COVID-19 virus are just the tip of the iceberg when it comes to the horrendous actions of the Chinese government. It broke the Sino-British treaty governing Hong Kong bypassing the controversial national security law there and jailed hundreds of peaceful, pro-democracy activists; it persecuted and detained ethnic minorities like Uighur Muslims in occupied East Turkistan (Xinjiang in China); launched unprovoked attacks on its neighbours like India; and taken aggressive and hostile actions in the South China Sea.

These unilateral, unethical, and unacceptable acts were seemingly taken to divert the world's attention amid mounting evidence against China for causing the world to suffer a catastrophe of the century.