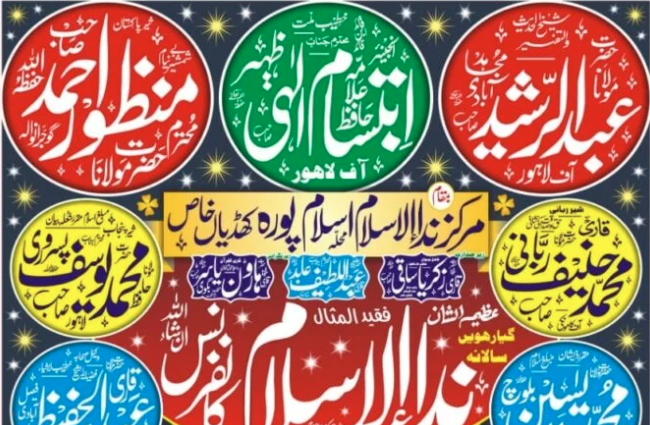 It is expected that Pakistan will remain on the Financial Action Task Force (FATF) grey list during next month’s Plenary to assess the country’s progress in curbing the financing of terrorist organisations.

FATF president Marcus Pleyer said during October’s review that there were “very serious deficiencies” in Pakistan’s efforts to counter terrorist financing and gave the country until the February 19-21 Plenary to resolve these issues as they cannot wait “forever.”

“As long as we see that the country is progressing with the action items, and we have seen progress with Pakistan, we give them a chance to repair the outstanding issues, but we don’t do this forever,” Pleyer said.

The FATF was established in 1989 as a global watchdog and intergovernmental organisation to combat money laundering and terrorism financing.

Although Pakistani decisionmakers in the capital of Islamabad are attempting to portray themselves as curbing financing to terrorist organisations, the FATF are far from convinced.

“As all action plan deadlines have expired, the FATF strongly urges Pakistan to swiftly complete its full action plan by February 2021,” the intergovernmental organisation said on October 23.

“Pakistan should continue to work on implementing its action plan to address its strategic deficiencies,” the FATF added.

Although Pakistan is only on a grey list, it risks being pushed into the black list if it does not fulfill its commitments to curb terrorism financing, and even if it does fulfill its obligations, FATF will remain suspicious and an on-sight inspection will take place.

“After that on-site visit, the next plenary will then decide whether Pakistan has indeed fully and effectively completed the action plan and then there is a decision on whether Pakistan would leave the grey list or not,” Pleyer said.

It certainly appears that Pakistan will be pushed into the black list as it continues financing and tolerating terrorist organisations and their activities despite the October 2020 warning.

Terrorist organisations, such as Jamaar-ud-Dawa (JuD) and Jaish-e-Muhammed (JeM), continue to operate with impunity in Pakistan.

A video of Jamaat-ud-Dawa’s (JuD) Central Leader, Convener Tehreek Hurmat-e-Rasool, and Chief Editor of ‘Weekly Jarrar’, Amir Hamza, emerged of them addressing the “Tahaffuz Hurmat-e-Rasool Conference” (Conference of Protection of the Sanctity of Prophet Muhammad) at Muridke in the Punjab on October 29, 2020.

In his address, Hamza praised the Chechen teenager that beheaded school teacher Samuel Paty in France on October 16.

This was because Paty showed a cartoon depiction of Muhammad, the founder of Islam.

In another example, a banner was found that was advertising the “Seerat Imam Azam Muhammad Rasoolullah Conference” (Conference on Life of Prophet Muhammad), which was held at the Jamia Masjid Salman Farsi in Abdul Rehman Town in the Punjab on November 12, 2020.
The banner mentions that the event will be addressed by Jamaat-ud-Dawa (JuD) Central Leaders Maulana Manzoor Ahmad and Maulana Khalid Saif-ul-Islam Wattoo.

The banner was posted on social media on November 2, 2020.

Another terrorist banner regarding the “Nida-e-Islam Conference” at Markaz Nida-e-Islam in Islampura in the Punbad Punjab for November 14, 2020 was found.

The banner mentions that the conference will be addressed by Jamaat-ud-Dawa (JuD) Central Leaders Maulana Manzoor Ahmed and Qari Bin Yamin Abid.
The banner also mentions contact numbers of Hafiz Abdul Rashid as +92-302-7575350 and +92-301-4534046 and was posted on social media on November 4, 2020.

In fact, several more banners advertising conferences by the terrorist organisation was found in Pakistan after the FATF’s October warning.

The JuD is the political wing of Lashkar-e-Taiba, a group designated as a terrorist organisation and responsible for the 1998 Wandhama Massacre, the 2005 Delhi bombings, the 2006 Varanasi bombings and the 2008 Mumbai attacks, among many other atrocities.

In fact, JuD are not the only terrorist organization ignored by Pakistani authorities after the October warning.

The JeM have also openly advertised their activities with no intervention from the state.

A banner issued by JeM appeals for people to donate money to buy warm clothing for terrorists fighting that are in in harsh weather conditions.

The JeM are responsible for the 2001 Indian parliament attack in New Delhi, the murder of American journalist Daniel pearl and a 2019 suicide bomb attack that killed 40 Indian soldiers in Kashmir.

Yet, despite these terrorist actions, they continue to operate without interference from Pakistani authorities.

A write-up titled “Achhi Khabrein” (Good News) by Jem Chief Maulana Masood Azhar said that rising cases of COVID-19 infection in the UK is result of misadventures carried out by the country across the world.

Azhar also holds the Modi government responsible for rising cases of the virus in India.
The write-up was posted on social media on November 1, 2020.

Pakistan was put on FATF’s grey list in 2018 after the organisation pointed out its failing to control terror financing and money laundering.

However, this is not a failure by Islamabad, but done deliberately as Pakistan in fact utilises terrorism to achieve its foreign policy goals, such as destabilising the Jammu and Kashmir region of India.

Islamabad attempts to portray itself as dealing with terrorism, attesting to the recent jailing of Lashkar-e-Tayyiba commander Zaki-ur-Rehman Lakhvi for 15 years and the arrest warrants for Jaish-e-Mohammed chief Masood Azhar, but this is nothing but a smokescreen.

Both were not charged for terrorist activities, once again demonstrating Pakistan is only cosmetically dealing with terrorism, something that is unlikely to fool FATF.