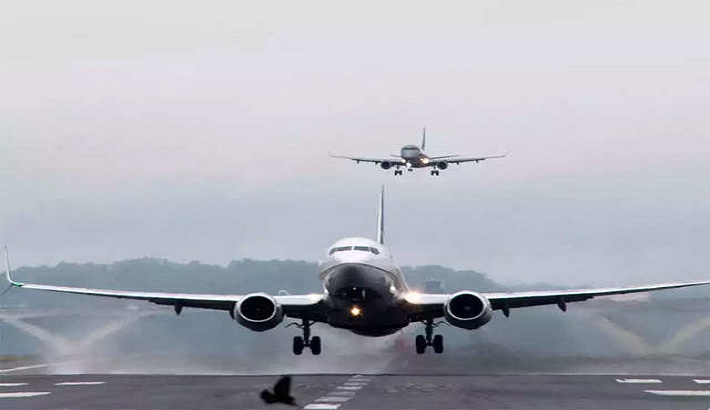 India and its oldest strategic partner in West Asia Oman on Thursday decided to pursue pacts in political, energy, trade, investment, defence, security, space, mining, S&T, culture and consular fields for a future-oriented partnership. This was decided at a meeting of the India-Oman Strategic Consultative Group (IOSCG) held here physically. The Indian delegation was led by Sanjay Bhattacharya, Secretary (CPV&OIA), MEA while the Omani delegation was led by Sheikh Khalifa bin Ali al-Harthy .

This was the rst high-level oicial visit from Oman to India since the onset of Covid-19. Both sides expressed satisfaction that despite the Covid-19 pandemic both sides have kept in close touch and sustained momentum in further consolidation of their strategic relationship. Bhattacharya lauded the Omani side for taking excellent care of the large Indian community in Oman during the pandemic. Both sides also expressed happiness that the Air Bubble arrangement between the two countries is functioning well. The Omani side expressed appreciation that India had facilitated food and medical supplies to Oman during the pandemic.

India assured assistance to Oman in its requirement for Covid-19 vaccines, oicials said following the meet. The two sides looked forward to trade and investment linkages regaining momentum once normalcy returns after Covid-19. They also discussed intensifying cooperation in the areas of health and food security. The two sides also exchanged views on recent regional developments as well as global issues of mutual interest including developments in West Asia. External Aairs Minister S. Jaishankar also received the Omani Undersecretary and conveyed congratulations to the Omani side on the rst anniversary of the reign of His Majesty Sultan Haitham bin Tariq.

The invitation from Prime Minister to Oman’s sultan for a visit to India was reiterated by Jaishankar who also looked forward to the continuous strengthening of India-Oman strategic partnership in various elds, oicials said. Sheikh Khalifa will be paying a visit to Sushma Swaraj Institute for Foreign Service during his stay. Jaishankar had held extensive consultations with his Omani counterpart Sayyid Badr bin Hamad bin Hamood Al Busaidi in December following which MoS External Aairs also visited Muscat. It may be recalled that Prime Minister Narendra Modi’s visit to the Sultanate of Oman in 2018 had initiated a new energy in bilateral relations with enhanced cooperation in trade and investment, energy, defence, security, food security and regional issues.

In December 2019 India and Oman signed a Maritime Transport Agreement during the visit of Jaishankar to the Sultanate. The pact – the rst with any Gulf country – enables India to expand its footprint in the Western & Southern Indian Ocean, the Persian Gulf and East Africa as part of its Indo-Pacic vision. India is in fact working closely with Oman to enhance strategic depth in the region and add heft to its Indo-Pacic vision in the Western and Southern Part of Indian Ocean.

Indian Navy has been given access at the Duqm Port. Port of Duqm SEZ, which is earmarked to be the Indian Oceans largest deep sea port where an Indo-Oman Joint Venture, Sebacic Oman is undertaking a $ 1.2 billion project for setting up the largest Sebacic acid plant in Middle-East.