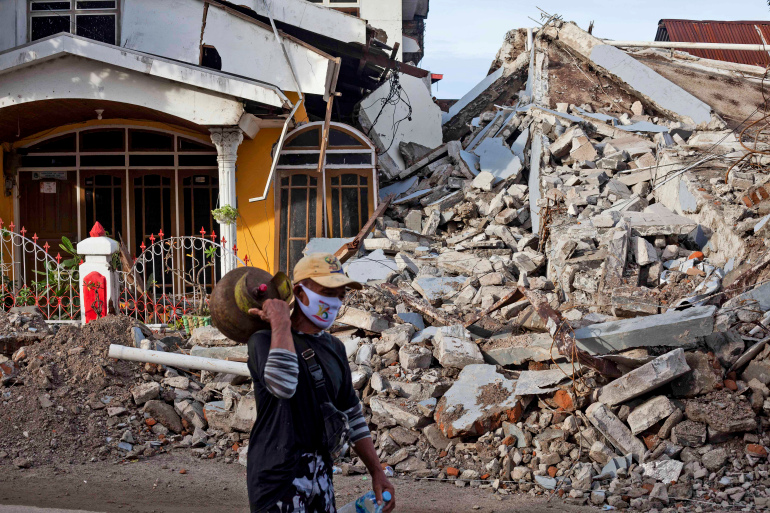 The death toll of the 6.2-magnitude earthquake which hit the Indonesian province of West Sulawesi last week rose to 91, the national disaster management agency said in a statement on Thursday.

At least 1,172 people suffered wounds caused by the natural disaster, the agency’s spokesman, Raditya Jati said, adding that 9,910 people were forced to flee their homes due to the earthquake.

A disaster emergency response status for 14 days has been declared in West Sulawesi since last Friday.

Indonesian President Joko Widodo recently visited the affected region to observe the conditions of evacuees and the evacuation process.

The president said that the government buildings collapsed by the earthquake will be rebuilt so that public services could resume immediately.

The government will also provide financial aid for damaged houses, he added.

Indonesia has been frequently hit by earthquakes as it lies in a quake-prone zone called “the Pacific Ring of Fire.”