43 people drown after migrant boat capsizes in the Mediterranean 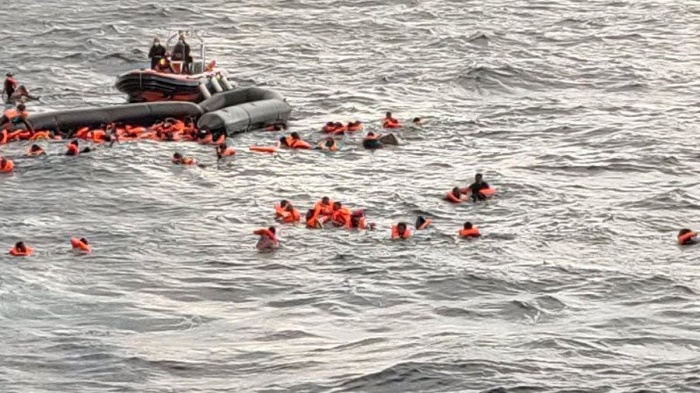 Forty-three people died and 10 were rescued after a boat carrying West African migrants capsized off the Libyan coast on Tuesday, the International Organization for Migration (IOM) and UNHCR said in a Wednesday statement.

This is the first migrant shipwreck of the year 2021, the UNHCR said.

The boat left the northwestern Libyan city of Zawya early Tuesday and reportedly capsized a few hours after departing due to bad sea conditions and when the engine stopped, the UNHCR said.

The people who died were all men from West African countries, the UNHCR added.

"Survivors, mainly from Cote d'Ivoire, Nigeria, Ghana, and The Gambia, reported that those who perished were all men from West African countries," the UNHCR said.

"Hundreds of people lost their lives last year attempting to cross the Central Mediterranean, where the highest number of fatalities along a single migration journey worldwide occurred," the statement said.

"IOM and UNHCR fear that due to the limited ability to monitor routes, the actual number of people who perished in the Central Mediterranean during 2020, could be much higher," it added.