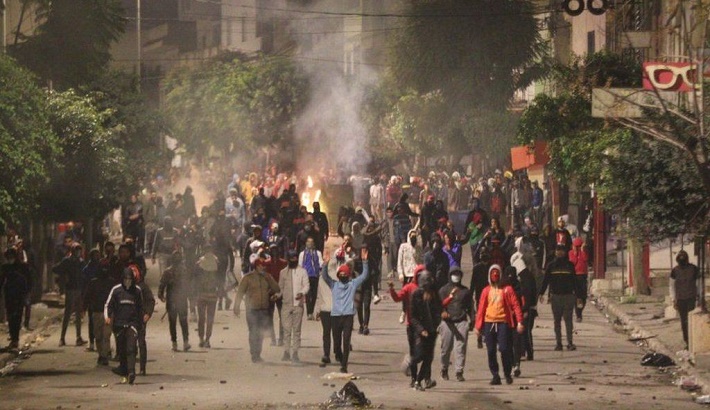 Protesters who broke a coronavirus curfew to continue riots for a fifth night have been warned by Tunisia's prime minister to stop their violence.

More than 600 people, mainly between the ages of 14 and 15, have already been arrested after police clashes.

Prime Minister Hichem Mechichi acknowledged their anger about a range of economic and social hardships.

In a televised speech, Mr Mechichi appealed to the protesters to stop the looting and the vandalism: "Your voices are heard, your anger is legitimate, and my role and the government's role is to work on realising your demands."

Tunisia faces severe economic problems and a third of its young people are unemployed.

The economic crisis has worsened under the pandemic - and a night-time curfew has been in place since October.

The unrest came amid a four-day national lockdown to stem the spread of Covid-19, which also coincided with the 10th anniversary of the revolution that ousted long-time leader Zine al-Abedine Ben Ali, ushered in democracy and triggered the Arab Spring revolts across the region.

The riots have taken place mainly in densely populated and underprivileged areas, where the relationship between young people and the police is historically tense, the BBC's Rana Jawad reports from the capital, Tunis.