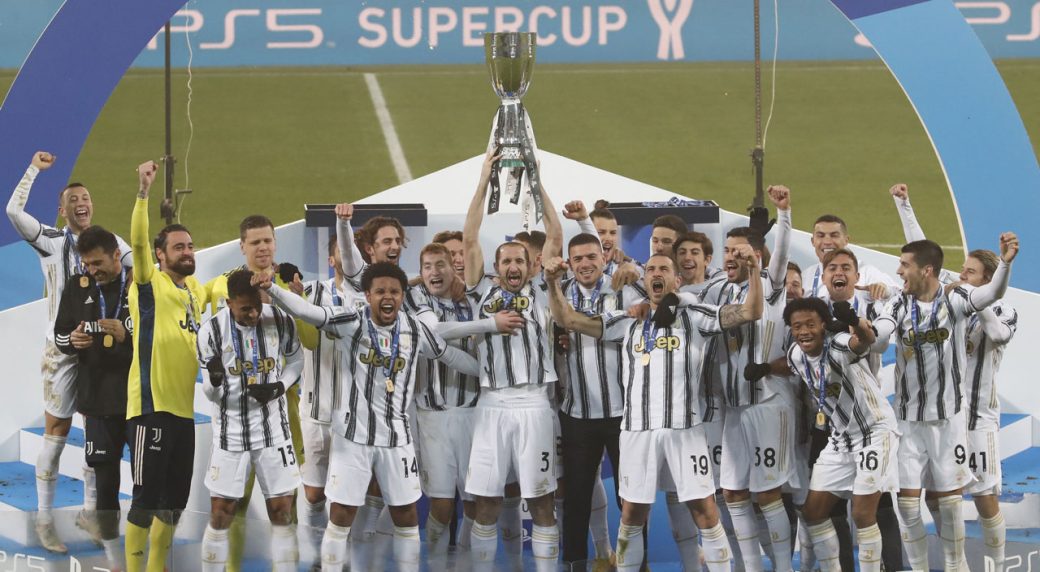 Juventus won the Italian Super Cup title after securing a 2-0 win over Napoli in Italy.

It was the club's ninth Italian Super Cup title and Andrea Pirlo's first trophy as a manager.

The first half of the game witnessed a tough competition, with both clubs restricting each other from taking the lead. The first real chance of the game came in the 28th minute when Mario Rui crossed the ball into the box for Lozano, who struck a dangerous header that saw Juventus goalkeeper Szczesny make an incredible save to push it out.

With the game at 0-0, Juventus started pressing in the second half and eventually broke the deadlock with the help of Cristiano Ronaldo's stunning 64th-minute goal. Napoli had a really good chance of levelling the scores when they were awarded a penalty in the 78th minute. However, Insigne missed the opportunity.

As the match inched closer to its conclusion, Alvaro Morata scored a goal, giving Juventus a 2-0 win in the match.

Juventus will now return to action on Sunday when they face Bologna in Serie A.