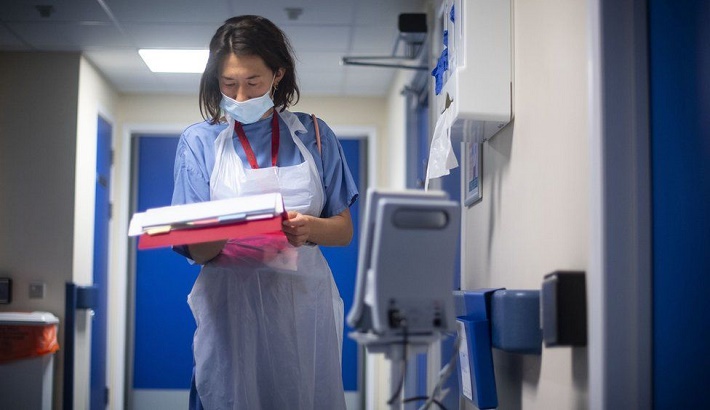 A further 1,610 people have died in the UK within 28 days of a positive Covid test - the biggest figure reported in a single day since the pandemic began.

It means the total number of deaths by that measure is now above 90,000.

A total of 4,266,577 people have now received the first dose of a vaccine, according to the latest government figures.

It is the lowest number of daily cases seen since December 27- before the start of England's third nationwide lockdown.

The figures come as new estimates from the Office for National Statistics show about one in 10 people across the UK tested positive for Covid-19 antibodies in December - roughly double the October figure.

And it is likely that the coming weeks will see figures even higher than this.

Tuesday's figure brings the total number of deaths recorded during the pandemic in the UK to 91,470.

The UK has recorded the fifth-highest number of deaths globally, according to Johns Hopkins University - behind the US, Brazil, India and Mexico, BBC reported.