Backlog of applications for e-passports grows 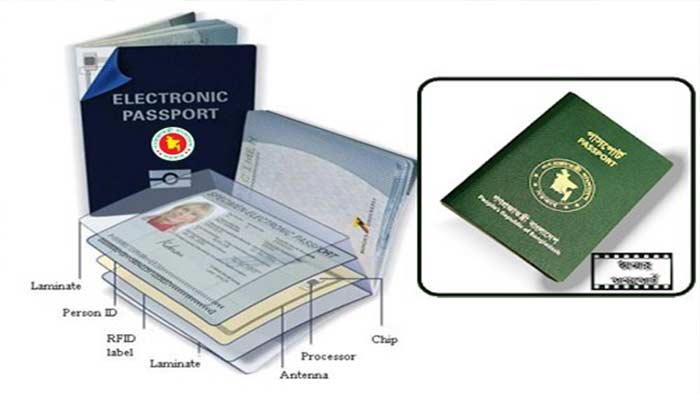 A large number of applications for electronic passports (e-passports) have remained stuck since a long time due to a mismatch between the application and NID information.

Mohammad Ohidul Islam, a resident of Jatrabari area, alleged that he applied online to Jatrabari passport office in the capital on October 4 last year for an e-passport.

“I was given a receipt, requesting me to take the e-passport on October 25. But, I didn’t get it yet,” he said.

Like Ohidul, many people face sufferings after submitting applications for e-passports.

Major General Mohammad Ayub Chowdhury, director general of the Department of Immigration and Passport (DIP), told the Daily Sun, “The whole work is done by machines. The machines halt any application with a mismatch between the application and NID information. Those who have this problem don’t get e-passports on time.”

Prime Minister Sheikh Hasina inaugurated the official distribution of e-passports in the country on January 22 last year. The DIP began issuing e-passports primarily from its regional passport offices in Uttara, Jatrabari and Agargaon.

“Now we’re giving e-passports from 70 offices across the country,” the DIP DG said.

The number of applications for e-passports is increasing day by day as the e-passport process is easier than before.

“The DIP is getting around 6,000 e-passport applications every day against the capacity of 25,000 e-passports a day,” Brigadier General Saidur Rahman Khan, director of the e-passport project, told the Daily Sun.

As coronavirus emerged as a global epidemic, the DIP suspended enrolment of e-passports and MRP on March 20, causing immense sufferings for e-passport seekers.

Later, the DIP has started enrolment of e-passports and MRP (new and re-issue) on a limited scale from August 22 after five months of the suspension due to the Covid-19 pandemic.

The persons concerned started working hard to make e-passports after overcoming the pressure of corona in the process of accepting applications and issuing e-passports.

At the passport offices, those who used to work on MRP passports are being made to work on e-passports. Since the whole issue of e-passports is automatic, technical issues are involved. It will take time for these workers to grasp the issue.

It has been found that despite an increase in the technical standard of e-passports, skilled workers have not yet been developed in that way.