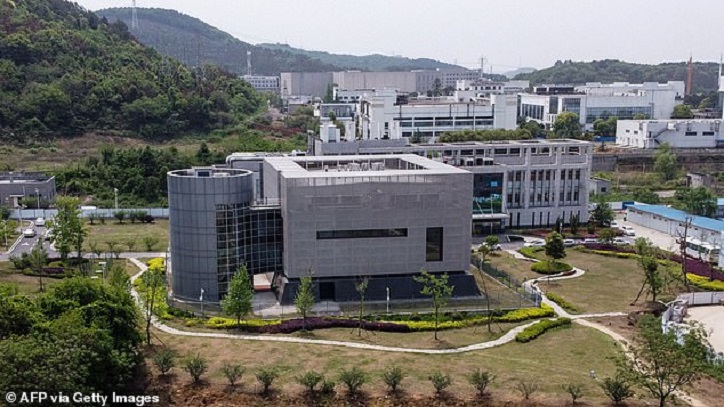 The Chinese government is facing fresh accusations of a cover-up after officials deleted crucial online data about the laboratory suspected of being the source of Covid-19.

The Mail on Sunday can reveal that hundreds of pages of information relating to studies carried out by the top-secret Wuhan Institute of Virology have been wiped.

Details of more than 300 studies, including many investigating diseases that pass from animals to humans, published online by the state-run National Natural Science Foundation of China (NSFC) are no longer available.

The deletion of key evidence has reignited fears that China is trying to whitewash the investigation into the origins of the virus.

It comes after President Xi Jinping last week blocked investigators from the World Health Organisation entering the country in a move that drew international condemnation. Meanwhile, state media outlets have published hundreds of stories claiming that the virus did not even originate in the city of Wuhan.

As part of the NSFC’s purge of online studies, it has deleted all reference to those carried out by Shi Zhengli, the Wuhan-based virologist who has earned the nickname Batwoman for her trips to gather samples in bat caves.

Studies key to any investigation into the source of the virus, including one into the risk of cross-species infection from bats with Sars-like coronaviruses, and another looking at human pathogens carried by bats, have also disappeared.

Last night, former Conservative leader Iain Duncan Smith, a member of the Inter-Parliamentary Alliance on China, said The Mail on Sunday’s revelations were another example of a Chinese cover-up.

‘China is clearly trying to hide the evidence,’ he added. ‘It is vital that there is a thorough investigation into what happened but China seems to be doing all it can to stop that happening.