Bangladesh, Pompeo . . . And Bedlam in Washington 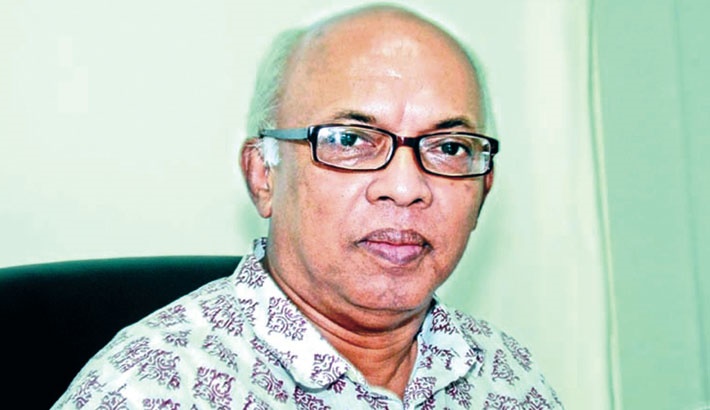 Mike Pompeo has been trying to burn quite a few bridges in these final days of the Trump administration. The departing American Secretary of State has suddenly begun seeing al-Qaeda in Bangladesh, a ‘discovery’ that has elicited a proper retort from the Bangladesh authorities. When the day ends, when it is the twilight of a government, as it is today the twilight of the chaotic cabal Pompeo has been part of, sobriety is expected, with a dash of reflections, on the part of those who will soon walk off into the sunset.

But that has not been the case with Pompeo. Having committed the gaffe earlier --- and that was after Joe Biden defeated Donald Trump at the presidential election in November --- of letting the media know that it would be the vanquished Trump who would be inaugurated on 20 January this year for a second term, he went on to commit other blunders. Of course, Pompeo does not see them as blunders. But that is of no consequence to us. What does surprise us is the ignorance that a US Secretary of State can so cheerfully demonstrate before the world.

One understands the colossal degree of mayhem Trump has presided over in these past four years. But what one does not readily accept is the sheer folly which comes from an individual who has been America’s top diplomat in the last few years. Pompeo has precious little knowledge of Bangladesh. He has equally demonstrated his lack of knowledge of Iran, a country he believes is sympathetic to or supportive of al-Qaeda. He calls it a new home base of al-Qaeda, blissfully unaware of the governing ayatollahs’ position on the terrorist organisation. You expect diplomats in every country to be in a position to articulate their foreign policies in purposeful and enlightened manner. On top of that, you will have the considered view that diplomats ought to have a clear comprehension of geopolitics. Pompeo and his leader in the White House have been poor students of American politics and poorer pupils of international relations on that score.

That Iran is no home for terrorism of any sort is a truth which has never dawned on Pompeo and people like him in Washington. Again, where the need for Washington in these past many years, even decades, has been to find new friends or turn old enemies into friends, the story has been quite the reverse. Pompeo and his fellow travellers in Washington have now made their contributions to once more making an enemy of Cuba. Where the Obama administration turned a new page, to the delight of the world, through its opening to Havana, the Trumpelstiltskins have torn that page out of the diplomacy manual, with consequences that cannot have made foreign policy pundits and historians happy. And lest you forget, American foreign policy in the Middle East in these four years has been a scandal. The US embassy has moved to Jerusalem, making Benjamin Netanyahu roll over with unconcealed glee. When you make a single person happy and leave his neighbours fuming, it is not policy. It is thick-headedness.

Do note, though, that in all this philistine tinkering with the Palestine-Israel problem, it has been Jared Kushner, the presidential son-in-law masquerading as a diplomat, who has stolen the show. Pompeo simply had no role there; and having had no role, he ought to have resigned. But then, only men of dignity resign their positions when they feel they are being undermined or upstaged. Pompeo did not feel he was being undermined or upstaged. No, he did not feel that way at all. He moved on, to undermine the State Department itself when he endorsed Trump for a second term at the Republican Party convention. Secretaries of State are, as top diplomats, thoroughly professional people who have nothing to do with partisan politics. Pompeo forgot this rule or discarded it altogether. He thus damaged himself. The good thing is that Tony Blinken, his successor, will be welcomed warmly by the State Department and the global community in a few days.

Pompeo should have been very circumspect before making that comment on Bangladesh. Ignorance is no excuse for a diplomat. And arrogance in diplomats from the world’s powerful nations is what we do not welcome at all and at any time. Pompeo does not perhaps remember that John Kerry was once in Bangladesh and saw no al-Qaeda in the country. Hillary Clinton, Kerry’s predecessor as Secretary of State, did not go looking for terrorists in the villages and towns of Bangladesh. They did their homework and they worked well with Dhaka. Pompeo obviously did not receive any briefing from his officials or was not willing to listen to them.

After all, these Trump people have strutted on the global stage hitting out at the lights and tearing down the curtains. Foreign policy, when left in the hands of imbecilic men, becomes a recipe for disaster. Observe the ways in which the European Union and the Canadians have been riled by the acts of the Trumpelstiltskins. And now, in certitude engendered by all-encompassing folly, these purveyors of chaos have gone for closer ties with Taiwan, in clear contravention of the policy in place since Richard Nixon’s visit to Beijing in 1972.

On 20 January, it will be good riddance when Trump and his cohorts are fumigated, to use Nancy Pelosi’s phrase, out of the White House. But for Joe Biden, the hard work will begin. And that will mean locating and picking up, one by one, all the bricks that men like Pompeo have pulled off the structure of diplomacy and putting them back in place.

In the old days, alien vandals on horseback, unable to conquer the lands they salivated over, burned down everything they saw around them in fury before galloping off in howling anger. That is what Trump and Pompeo have been doing in these four years of untrammelled bedlam in Washington.