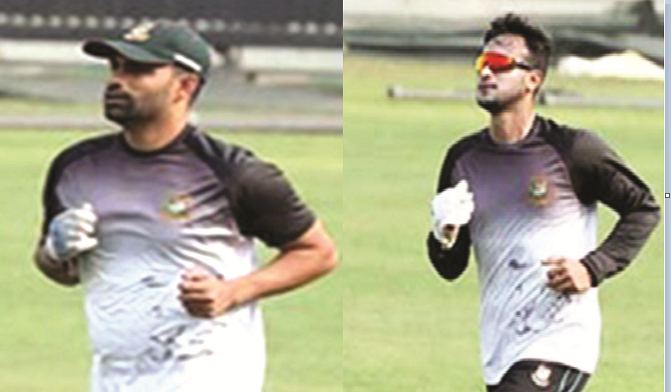 Bangladesh’s Tamim Iqbal began his journey as the new ODI skipper while Shakib Al Hasan makes a comeback as Bangladesh Cricket Board on Saturday announced an 18-member squad for their three-match one-day international series against West Indies.

Off-spinner Mahadi Hasan and rookie pace bowlers - Hasan Mahmud and Shoriful Islam are the uncapped players in the squad as the series is set to begin at the Sher-e-Bangla National Stadium on January 20.

The second match of the series will be held at the same venue on January 22 and it will be followed by the third and final ODI at the Zahur Ahmed Chowdhury Stadium in Chattogram on January 25.

Tamim, who replaced Mashrafee as the captain of the ODI squad earlier in 2020, could not get a chance to lead the side in this format as all the series was postponed due to the coronavirus pandemic last year.

Shakib had to also wait for his international comeback due to the corona crisis after his one-year suspended ban ended in October last year.

The 33-year old could have made his return through Sri Lanka tour but it was postponed later on.

Bangladesh Cricket Board showed their reluctance to go to Sri Lanka after their government made 14-day quarantine mandatory and issued some unacceptable rules and regulations for BCB.

Chief selector Minhajul Abedin believed that both Tamim and Shakib will shine in the upcoming series as this is a new beginning for both the players.

“We are looking forward to seeing how Tamim handles the team and we are confident he will do well considering the experience he has in international cricket. It’s a new beginning for him as well as the team considering we have prepared the squad for the future.

“Naturally we are delighted to have Shakib Al Hasan back in the squad. We all know that he is a game-changer and we are expecting him to return to his best very soon,” he added.

Minhajul added that he is impressed with young pace duo Hasan (Mahmud) and Shoriful (Islam) while added that Mahedi’s (Hasan) consistent performance in domestic cricket paved his way to the national ODI team.

“We have said earlier that the provisional squad was the reflection of our plan of action that is why we could not include Mashrafe in it,” said Minhajul.

“Mahedi is performing really well for the last two years and we feel it is the right time for him to get some exposure. As far as the pace duo is concerned both of them are bowling really fast and that impressed us a lot which paved their way into the squad,” he added.

Rubel has been successful with the ball in the recent domestic tournaments while Taskin, who missed the last series due to injury, made a return to the ODI squad, despite having three stitches in his non-bowling hand recently.