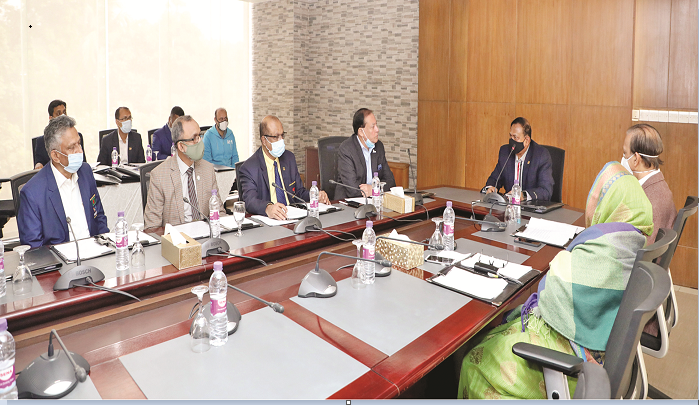 The ninth edition of the country's biggest multi-sports event Bangabandhu Bangladesh Games will be held on April 1-10 in all the divisions of the country, confirmed Bangladesh Olympic Association officials on Saturday.

The decision was taken in an executive committee meeting of BOA, chaired by its President, Chief of Army Staff General Aziz Ahmed, at the Kurmitola Golf Club on Saturday.

BOA also reduced the number of participants to 8,500 including athletes and officials.

The Games was earlier scheduled on April 1-10 last year but BOA postponed it due to the COVID-19 outbreak last March.

A total of 10,600 athletes were expected to compete for 1338 medals including 396 gold medals, 396 silver medals and 546 bronze medals in 31 disciplines of the games at the country’s 23 different venues.

BOA was expecting to arrange the meet in February this year before confirming the final dates on Saturday's meeting.

BOA vice-president Shaikh Bashir Ahmed told The Daily Sun that they have rescheduled the meet in April as the government extended the Mujib Barsho.

“We want to arrange the Bangabandhu Bangladesh Games in Mujib Barsho so we were trying to arrange it in February. But the government extended Mujib Barsho till December 16, 2021, so we chose the new dates,” Shaikh Bashir said.

The meeting also decided on Bangladesh’s participation in 13 disciplines for the upcoming 5th Islamic Solidarity Games 2021, scheduled to be held on September 10-19 at Konya in Turkey.

BOA also decided to send the Bangladesh contingent to the upcoming 19th Asian Games 2022 scheduled to be held on September 10-22 next year at Hangzhou in China.