Bees may run out of nectar soon, new study reveals 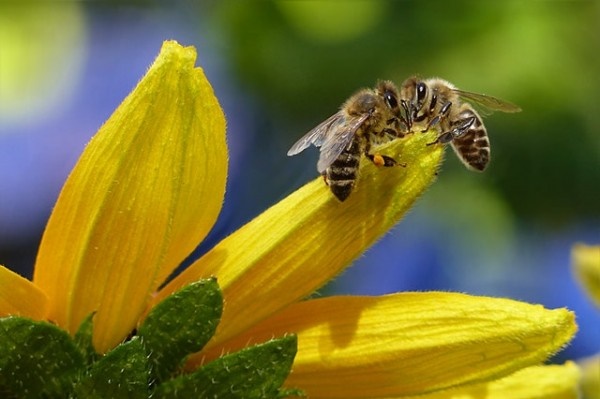 Scientists carrying out investigative work on honey have revealed crucial data about the feeding habits of honeybees. There has been a considerable shift in wildflowers available to the pollinators.

Researchers made use of genetic tools to determine which particular plants the honeybees visited in the rural regions. This was compared with a specific study conducted in 1952, and the big shifts observed were significant.

In the 1950s, the pollinators principally gathered nectar and pollen from white clover. But today, white clover is one of the plants facing extinction. For this reason, the honeybees seek alternatives such as Himalayan balsam and oilseed rape.

There are also fears that honeybees, as well as other essential pollinators, may be running out of food supplies since wildflowers are also disappearing from fields and hedgerows.

Head of conservation and research at the National Botanic Garden of Wales, Dr. Natasha de Vere, told BBC News that the research team had observed the significant changes in the United Kingdom landscape, and honeybees have helped to give insight into this situation from their honey samples.

She stated that nowadays, the agricultural systems does not have enough nectar for the honeybees since most of the habitat for the pollinators is grassland, a so-called 'green desert.'

The doctor added that there is nothing that flowers in those grazing land these days. Whearas in the 1050s, the pastures would have been full of wildflowers, with white clovers taking up most of the field.

The scientists analyzed several hundreds of honey samples contributed willingly by beekeepers from all over the country to arrive at their findings. This took place after an appeal was aired on 'Gardeners' World,' a BBC TV program.

The samples were analyzed via DNA barcoding, and several fragments of plant DNA were identified in pollen that was trapped in honey.

The researchers also looked into the pollen grains in honey. A wide variety of plants were discovered via the examination of pollen structures under the microscope.

The scientists discovered that white clover considered by experts as the favorite source of nectar for honeybees even as far back as 1952 is still crucial now. However, nectar from white clover was increasingly rare and used far less since the plant was not easily accessible.

Instead, honeybees have had no choice but to search for and switch to oilseed rape and bramble. These plants were cultivated from the 1960s onwards. On the other hand, Himalayan balsam is an invasive plant spreading rapidly all over the countryside.

This study, published in the journal Communications Biology, revealed that there had been dramatic or spectacular changes in the UK landscape over the past few decades. After WWII, agricultural intensification meant woodland and hedgerow were destroyed while new crops were cultivated, and field sizes increased.

Oilseed rape was first cultivated in the late 1960s, and in recent years, there has been a large increase in production.

On the other hand, Himalayan balsam is an invasive plant that has also increased in the UK landscape, especially along road verges and riversides. When honeybees forage the Himalayan balsam, they return to the hive bearing a whitewash of pollen covering their entire bodies. This gave them the name 'ghost bees.'

Recommendations from the Honeybee Research

Here are some of the recommendations given from the in-depth research;

Lots of grass species should overshadow changes to grassland with flowers to sustain pollinators equally. Providing white clover as well as other flowers in sufficient quantities within this habitat would significantly boost nectar resources for both honeybees and other pollinators. More flower-laden grasslands rich in wildflowers and bramble margins should also be provided.