Could Kamala Harris wear a sari on inauguration day? 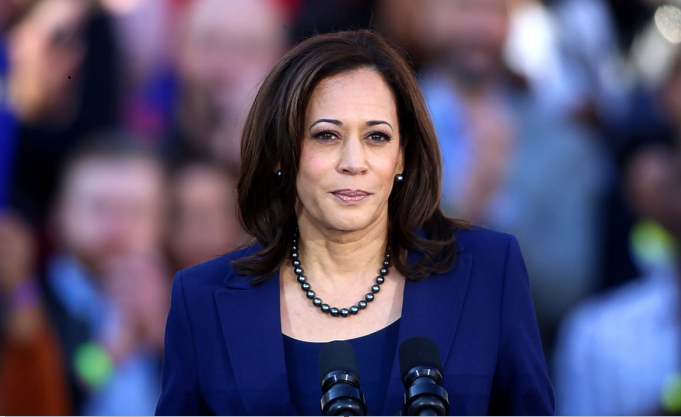 With Donald Trump's boycott, fears over Covid-19, the threat of armed protests and calls for violence following the siege of the Capitol, next week's presidential inauguration is already set to be like no other.

In light of the myriad security challenges and logistical uncertainties, the question of what Kamala Harris wears on Wednesday might seem like a flippant one.

But for some in Asian American communities, the prospect of the nation's first Black and South Asian Vice President wearing a traditional sari at any of the inauguration events -- even if the celebrations are largely virtual -- has offered a glimmer of positivity amid the tumult.

The question has been posed to Harris before -- during her own presidential campaign in 2019. At an event hosted by Asian American group, One APIA Nevada, an audience member lightheartedly asked Harris if she would commit to wearing the traditional Indian garment to her inauguration if she were elected president.

"Let's first win," Harris said, smiling. "My mother raised us with a very strong appreciation for our cultural background and pride. Celebrations that we all participate in regardless of how our last name is spelled. It's the beauty of who we are as a nation."

The sari, which holds thousands of years of cultural significance within its 6 yards, is ubiquitous in India, where Harris' mother lived before immigrating to the US. With the world watching, wearing one could be a powerful symbol of how the Biden-Harris administration intends to lead America and better represent minorities.

"I wouldn't be surprised if we see her show up to the inauguration ball in a beautifully woven Banarsi sari," fashion designer Bibhu Mohapatra said in a phone interview from Brunswick, Georgia. "I think she understands the power of that image."

Though it's just speculation at this stage, and it's uncertain whether the traditional ball will even go ahead, Harris has already demonstrated a willingness to use her platform to make sartorial statements. For her first public address as Vice President-elect in November, she deliberately nodded to the women who had paved the way for her historic win.

Her white pantsuit and pussy bow blouse referenced the suffrage movement that fought for women's voting rights, evoking generations of groundbreaking female politicians that came before her.

We've seen the incoming Vice President, who also has Jamaican roots, in a sari before. A photograph of a young Harris sitting on a couch in a sari with her Indian grandparents has already been widely shared on social media. For Mohapatra, who was born and raised in Odisha, India, seeing the picture had a profound impact.

"It immediately brought to me an instant connection to my South Asian roots," he said, "I've always seen (Harris) as a strong person with a dynamic career. I'd known of her accomplishments and the contributions she has made to our nation, but that image of her in a sari made her familiar to me. I felt like she could be a part of my family, or a good friend, talking to me in my kitchen."

With the incoming administration facing the Herculean task of unifying the country, Harris could use the garment as a healing gesture, Mohapatra said.

"A lack of knowledge and fear is the key to distrust. If one never sees anyone who looks different than them, it's basic human nature to feel threatened by what is alien. It's more crucial now than ever that she makes (her heritage) familiar and uses it as a tool to bring people together."

Designer Prabal Gurung, whose clothing has been worn by Harris, is no stranger to political fashion, or the use of as a soft power tool. At New York Fashion Week in September 2019, he used his 10th-anniversary show to explore questions of identity and belonging in America, sending models down the runway in sashes reading, "Who gets to be an American?"

Harris' historic win resonated deeply with the Nepalese American designer.
"As a minority, you grow up and don't see many people in the media, entertainment, or positions of power that look like you," he said in an email interview. "(Her win) means that women and marginalized people can now look to the highest office in the country, and see someone that looks like them. It opens up the door for so many to dream the biggest they can and know that it is possible to attain it."

Like Mohapatra, Gurung said the aforementioned photograph of Harris in a sari evoked a powerful personal response. "It makes me think of my mother, sisters, nieces, and all the women in my family -- of power in the matriarchy," he said. "I see that photo and am reminded that it is women, and particularly women of color, who will lead the way towards a more just and equitable future. It gives me hope." 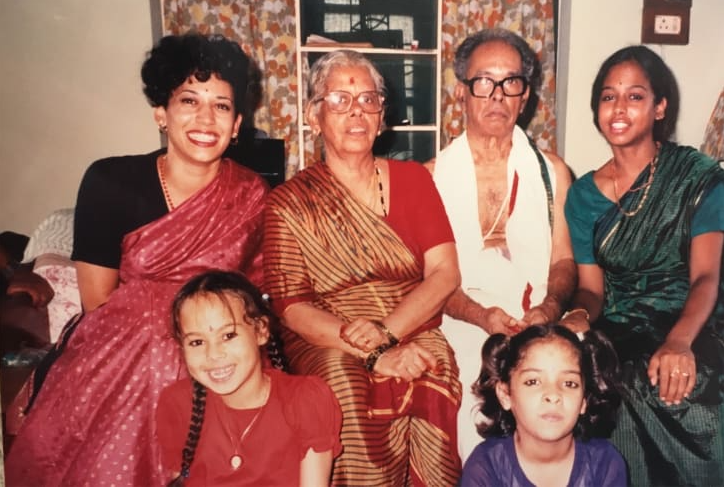 Beyond America's shores, it would signal a more globally-minded administration to the rest of the world, according to designer Naeem Khan, who dressed First Lady Michelle Obama 28 times during her tenure at the White House. Harris could also, Khan added, employ her heritage as a form of diplomacy as well.

"Having Vice President Harris in the White House changes the whole point of view," he said in a phone interview. "She's half South Asian. I feel that opens up things globally, because Pakistan, India, Bangladesh....those countries are going to look at America in a whole different way."

Harris, like Obama, may leverage the public's fixation on her to bring attention to the work of designers from diverse backgrounds and cultures -- not just those sharing her Indian and Jamaican roots, but labels from across America.

"(Obama) liked a twist in fashion coming from a different background, and it was signifying that America is multicultural," said Khan. "I think Kamala Harris is going to be conscious about that as well -- about the different cultures of our country."

For now, however, expecting eyes wait for January 20. The photo of a youthful, smiling Harris in a sari was, to many, inspiring. An image of her in a sari on inauguration day could be groundbreaking.