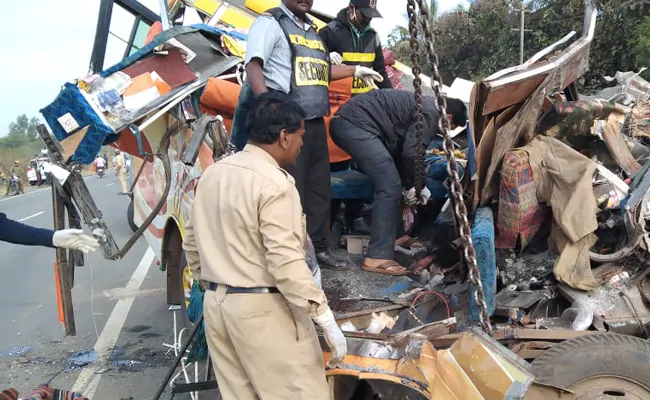 At least 11 people died in a road accident on National Highway-4 near Itigatti village in Dharwad district of Karnataka of India, when a tempo traveller, carrying members of a women's club, en route to Goa for a holiday, had a head-on collision with a tipper truck on Friday morning.

The injured have been shifted to Hubli's KIMS hospital.

District superintendent of police Krishna Kant was supervising the rescue and relief operation at the site. A case has been registered at Dharwad Rural Police station and investigations into the cause of the accident has begun.