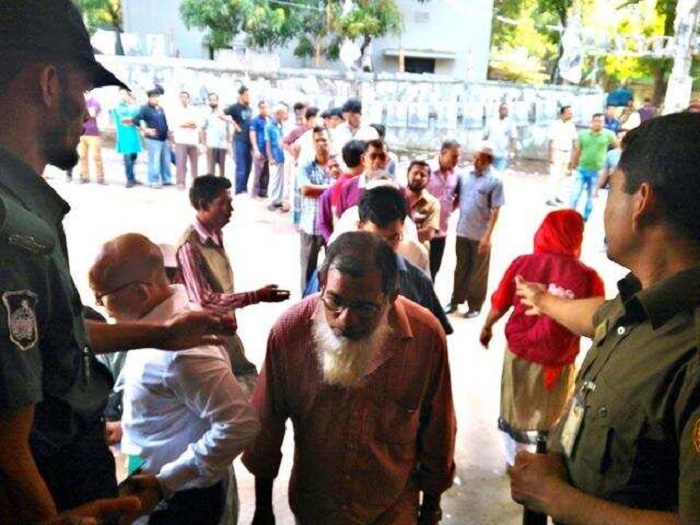 Violence erupted between supporters of candidates at different places ahead of the second-phase municipal elections and Chittagong City Corporation (CCC) polls.

Sixteen municipalities are set go to polls tomorrow (Saturday) while the CCC election is billed for January 27.

Followers of mayoral and councillor candidates engaged in clashes in a number of places, killing three people in Jhenaidah and Chattogram over the last three days till Thursday.

A councillor candidate in Shailkupa municipality polls was found dead early Thursday, seven hours after a clash between his supporters and a rival candidate left another person dead.

The body of councillor aspirant Alamgir Hossain Babu was recovered from the Kumar canal around 2am, said police.

Earlier on Wednesday night, a clash broke out between the supporters of Babu and another candidate Shawkat Ali which left Shawkat’s brother Liakat Ali dead.

Witnesses said the supporters of the two councillor candidates from ward-8 of the municipality engaged in the skirmish while campaigning at Kabirpur around 7pm.

Five people, including Liakat, were injured in the incident. Of them, Liakat was sent to Kushtia Medical College Hospital where he succumbed to his injuries.

Meanwhile, police were yet to determine the reason behind the death of Babu. “We’ll know the cause of the death after getting the autopsy report,” officer-in-charge of Shailkupa Police Station Jahangir Alam said.

Police have been deployed in the municipality area to fend off further trouble, he said.

One shot dead in Chottogram

Meanwhile, a man was killed and another injured in a gunfight between supporters of two councillor contestants in the CCC polls on Tuesday night.

The deceased was identified as Ajgar Ali Babul, 55, while the injured, Mahbub, was taken to Chattogram Medical College Hospital (CMCH).

Quader, immediate past ward councillor, was known to be a follower of Chattogram city Awami League General Secretary AJM Nasir Uddin. This time, he failed to secure the ruling party ticket.

On Wednesday, supporters of two factions of Awami League locked into sporadic clashes in Arani municipality of Rajshahi over the upcoming mayoral election.

Locals said a clash broke out between the supporters of AL-backed mayoral candidate Shahiduzzaman Shahid and rebel candidate Muktar Ali when the ruling party runner was holding a rally at Taltola Bazar around 9:30pm.

Shahid’s followers alleged that Muktar’s supporters swooped on them during their rally that sparked the clash.

After a break, the two groups, equipped with arms, attacked each other again around 11pm that left Shahid’s nephew Tushar, 28, seriously injured. He was taken to Rajshahi Medical College Hospital (RMCH).

Besides, around 100 shops at Taltola Bazar were reportedly vandalised and looted during the clash.

Superintendent of Police (SP) of Rajshahi ABM Masud Hossain said police brought the situation under control and additional force has been deployed in the area to avert further trouble.

Legal action will be taken against those involved in the violence, he said.

Muktar Ali is the immediate past mayor of Arani municipality. He was expecting Awami League nomination in this election but the ruling party picked Shahid, forcing him to vie in the polls as an independent candidate.

He was removed from the post of organising secretary of Arani municipality AL for running in the election defying the party decision.