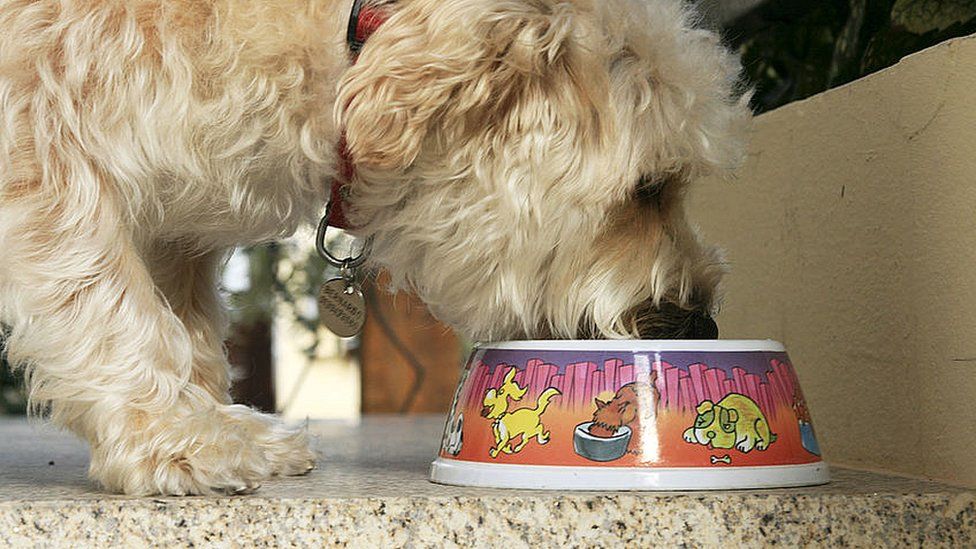 A US pet food manufacturer is recalling several of its products following the deaths of at least 70 dogs and illness in another 80.

Midwestern Pet Foods, based in Indiana, said the recall affected its Sportmix brand and other labels.

Tests showed the food had potentially unsafe levels of aflatoxins, a by-product of mould that grows on corn and other grains.

The US Food and Drug Administration (FDA) is carrying out an investigation.

"As of January 11, 2021, FDA is aware of more than 70 pets that have died and more than 80 pets that are sick after eating Sportmix pet food," the agency said in a statement.

The company originally announced a recall of some of its Sportmix products in December following the deaths of 28 dogs, CBS News reported.

Tests by the Missouri Department of Agriculture found high levels of aflatoxins, according to the FDA.

Euthanasia drug found in US dog food
The recall was expanded this week to include others brands after more deaths came to light.

Symptoms among animals poisoned by aflatoxins include vomiting, sluggishness and loss of appetite.

Midwestern said the product recall now included Sportmix, Pro Pac Originals, Splash, Sportstrail and Nunn Better dry dog and cat foods produced at its Oklahoma plant that had an expiration date on or before 9 July 2022.

"We continue a thorough review of our facilities and practices in full co-operation with FDA in an effort to better serve our customers and pet parents who have put their trust in us," the company said.

In an alert on Monday the FDA said it was advising the public "about the potentially fatal levels of aflatoxins in Midwestern pet food products that may still be on store shelves, online or in pet owners' homes".

The family-owned company was founded in 1926 and is based in Evansville, Indiana. In its statement, it said it had never had to recall a product before.