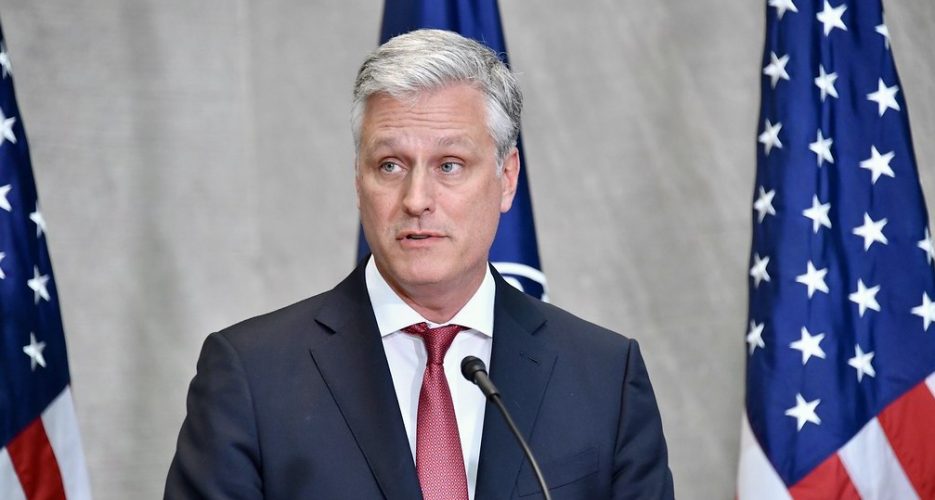 The United States is and always has been an Indo-Pacific nation. From our first trading ships that departed for China just eight years after the American Revolution, to establishing our first diplomatic presence in India in 1794, U.S. engagement in the region has been built on trade, cooperation, and shared sacrifice, yielding the peace and prosperity enjoyed across the region today.

The United States Strategic Framework for the Indo-Pacific (henceforth, the Framework) has served, for the last three years, as the Trump Administration’s overarching strategic guidance for implementing the President’s 2017 National Security Strategy (NSS) within the world’s most populous and economically dynamic region. The NSS recognizes that the most consequential challenge to the interests of the United States, and those of our allies and partners, is the growing rivalry between free and repressive visions of the future. To realize America’s positive vision for the region, and to address the unprecedented challenges that Indo-Pacific nations face to their sovereignty, prosperity, and peace, in February 2018, President Trump approved the Framework for implementation across Executive Branch departments and agencies. The original document has been declassified and released, to communicate to the American people and to our allies and partners America’s enduring commitment to this vital region. The Framework has guided the development of numerous subordinate policy frameworks and campaign plans that have steered the U.S. approach to specific issues of importance to the Indo-Pacific region and beyond, such as the U.S. Strategic Approach to the People’s Republic of China, the U.S. Strategic Framework for Countering China’s Economic Aggression, the U.S. Campaign Plan for Countering China’s Malign Influence in International Organizations, and others. Together with its subordinate documents, the Framework has guided U.S. whole-of-government actions to advance regional prosperity and stability, including sovereignty, freedom of navigation and overflight, reciprocity in trade and investment, respect for individual rights and rule of law, and transparency.

Beijing is increasingly pressuring Indo-Pacific nations to subordinate their freedom and sovereignty to a “common destiny” envisioned by the Chinese Communist Party. The U.S. approach is different. We seek to ensure that our allies and partners – all who share the values and aspirations of a free and open Indo-Pacific – can preserve and protect their sovereignty.

The Framework recognizes that a free and open Indo-Pacific depends on robust American leadership. The United States has a long history of fighting back against repressive regimes on behalf of those who value freedom and openness. As the world’s largest economy, with the strongest military and a vibrant democracy, it is incumbent on the United States to lead from the front.

The Framework seeks to strengthen our wide and diverse network of allies and partners, which has long underwritten stability and peace in the Indo-Pacific. To that end, the Framework reflects the importance of supporting allies’ and partners’ complementary approaches to regional engagement. These approaches include Japan’s Free and Open Indo Pacific concept, Australia’s Indo-Pacific concept, India’s Security and Growth for All Regions policy, the Republic of Korea’s New Southern Policy, Taiwan’s New Southbound Policy, and the Association of Southeast Asian Nations’ (ASEAN) Outlook on the Indo-Pacific. Many of these concepts and approaches are resonating globally, with countries such as France and Germany publishing their own policy frameworks for the Indo-Pacific.

This growing alignment of strategic approaches in the region is perhaps nowhere more noteworthy than in the growth of the U.S.-Japan alliance during the last four years.

President Trump grasped the strategic resonance of the concept of a free and open IndoPacific, first advanced by Japan. In a speech in 2007 in India, then-Prime Minister Shinzo Abe called for a “broader Asia” spanning the Pacific and Indian Oceans – “seas of freedom and prosperity, which will be open and transparent to all.” In Nairobi, Kenya, in 2016, Prime Minster Abe further articulated the concept’s panoramic reach, calling for the region, from Africa to Asia, to develop as “a place that values freedom, the rule of law, and the market economy, free from force or coercion, and […] prosperous.”

In Da Nang, Vietnam, in 2017, during the longest trip to the region in more than a quarter century by a U.S. President, President Trump built on Prime Minister Abe’s vision, calling for a free and open Indo-Pacific. The region, according to President Trump, is a place where sovereign and independent nations, with diverse cultures and many different dreams, can all prosper side-by-side, and thrive in freedom and peace.”

In April and October 2018, senior officials from the U.S. National Security Council staff and Departments of State and Defense convened representatives from countries across the region in Honolulu to discuss the U.S. vision for the Indo-Pacific and invite representatives from each country to share their own perspectives on concepts and actions to ensure a free and open Indo-Pacific. Working collaboratively, participants identified common principles shared by diverse countries all over the region. These principles included the importance of sovereignty, rule of law, and accountability to the public; the centrality of ASEAN in regional architecture; the importance of open commons of the sea, overflight, and cyberspace; the peaceful resolution of territorial and maritime disputes; free, fair, and reciprocal trade; and investment and regional integration through connectivity and investment projects that are financed transparently and improve social and environmental outcomes.

The declassification of the Framework today demonstrates, with transparency, America’s strategic commitments to the Indo-Pacific and to our allies and partners in the region. The United States views the Indo-Pacific region as “a beautiful constellation of nations, each its own bright star, satellites to none – and each one, a people, a culture, a way of life, and a home,” in the words of President Trump in Vietnam in 2017. As long as nations work together to keep the region free and open, we can ensure that that this vision continues to inspire long into the future.