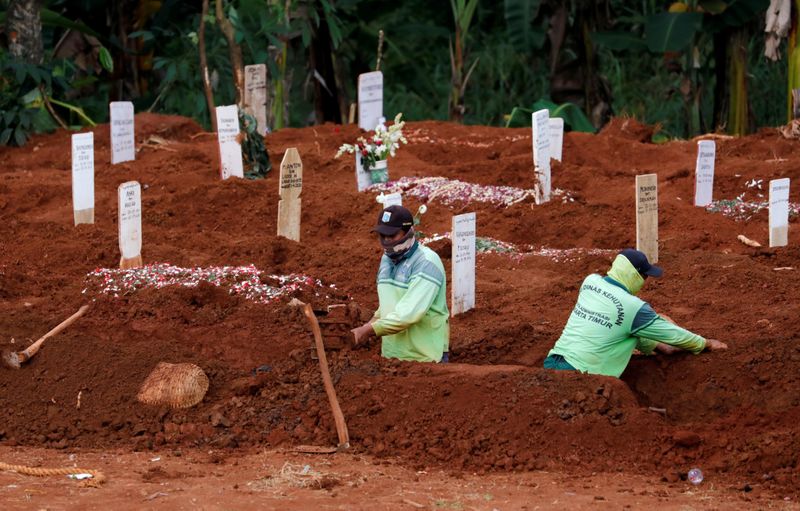 Over 1.97 million people have died of Covid-19 globally as of Thursday, according to Johns Hopkins University. New infections have also set fresh highs, with the global tally surpassing 92 million.

The US remained the worst-hit country, with 384,604 deaths and 23,067,796 cases. In fact, according to an Associated Press report, Covid deaths in the US hit another one-day high at over 4,300, with the country’s attention focused largely on the fallout from the deadly uprising at the Capitol.

The North American nation’s overall death toll from Covid is closing in fast on the number of Americans killed in World War II, about 407,000.

Confirmed infections have topped 22.8 million. Arizona and California have been among the hardest-hit states. The country is now in the most lethal phase of the outbreak yet, even as vaccines are being rolled out.

Brazil has the world's second-highest Covid death toll, after the US, and is experiencing a second wave of outbreaks, with cases and deaths on the rise since December.

The country’s Covid death toll reached 205,964 on Wednesday, after 1,274 more people died of the novel coronavirus disease in 24 hours.

According to the Ministry of Health, in the same period, tests detected 60,899 new cases of infection, bringing the number of confirmed Covid cases in the country to 8,256,536.

Last week, Brazil set a new record with 87,843 daily cases and saw 1,524 deaths in a day, the second-highest number since the onset of the pandemic.

India's Covid tally rose to 10,495,147 on Wednesday, as 15,968 new cases were registered in the past 24 hours, said the latest data from the federal health ministry.

There are still 214,507 active cases in the country, while 10,129,111 people have been discharged from hospitals after medical treatment.