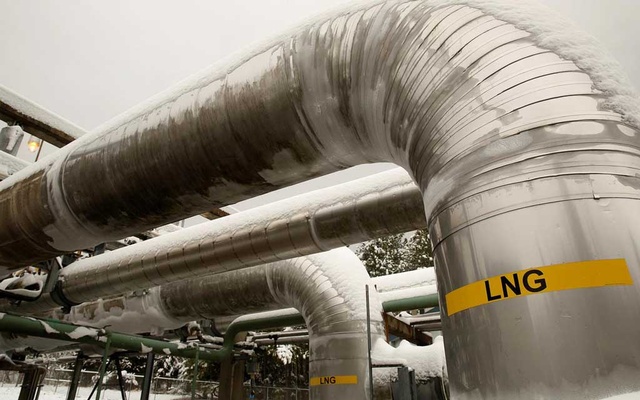 The government has cut the supply of imported liquefied natural gas (LNG) to the national grid by more than 200 million British thermal units (mmBtu) due to an unprecedented hike in LNG tariff in the international market over the last few months.

Some 400mmbtu of imported LNG will be supplied to the grid until February, down from the regular volume of 550- 650mmbtu.

LNG prices surged to a new record on freezing temperatures across north Asia.

“We have already reduced the gas supply to power plants by around 100mmbtu and asked them to run their dual-fuel power generators,” Petrobangla director (operations) Engr. Ali Mohd Al-Mamun told the Daily Sun on Tuesday.

He said Petrobangla is, however, maintaining a steady supply of natural gas to industries.

“But we are not getting any response from international suppliers. So we are planning to supply 400mmbtu of LNG over the next two months,” he said.

Petrobangla hopes that LNG supply to the national grid will be restored in March when the LNG tariff is expected to come down.

Spot Asian LNG prices have led the energy complex, gaining more than 1,000 per cent since touching a record low below $2 per mmBtu in May during lockdowns to stem the spread of the coronavirus.

“We have paid $3.88 per mmBtu for a cargo delivered in October 2020,” an official of the Rupantarita Prakritik Gas Company Ltd (RPGCL) told the Daily Sun on Wednesday.

“We have been facing a shortage of gas supply from 10:00 am to 1:30 pm over the last few weeks,” Mizan, a resident of Bashundhara residential area, said.

Shortage of gas supply has also been reported in other parts of the city.

He said the government is planning to expedite the exploration in onshore blocks to boost gas production.

Petrobangla is currently supplying only 2700mmcfd of gas against the demand for 3500mmcfd.

Unprecedented LNG tariff hike in international with an escalation of international oil prices has caused double burden for Bangladesh as sudden rises of the essential petroleum fuel have already created a pressure on the balance of payment.

“We are working on the additional cost of the LNG import and oil prices,” a top official said on the condition of anonymity.

Besides, the tariff of the crude oil in Opec Basket also increased remarkably and stands to $54.76 per barrel which was below $20 mid of 2020.

Despite the tariff hike of the crude oil, Bangladesh Petroleum Corporation (BPC) is not concerned over the unstable market.

Officials concerned also ruled out any possibility of oil price hike in Bangladesh.

“We are getting Tk 850 million profit from the present sales of diesel,” a director of BPC said.

He said BPC will be required to pay subsidy when the crude oil tariff will reach over $70 per barrel.

“We may require Tk 20 billion from the Ministry of Finance to cope with the sudden tariff hike of LNG,” an official of the ministry of energy, however, said.

He added the Energy and Mineral Resources Division has sale and purchase agreements with 14 international suppliers.

The ministry also contracted with them to supply 3.2 mmbtu of LNG by February.

But none of the suppliers has responded yet until January 5.