Private cos can sell vaccines only to authorised hospitals

#Beximco could sell vaccine by next month # Retail price of per dose Covishield likely to be Tk 1,125 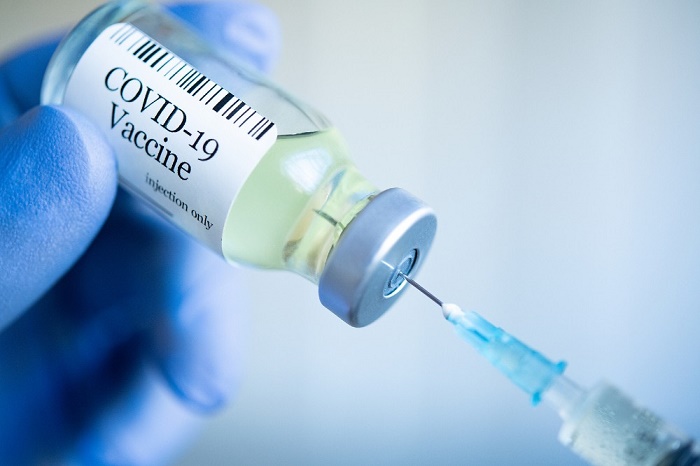 Private companies will be able to sell Covid-19 vaccines commercially only to authorised hospitals or health centres in the country after taking permission from the government authorities.

Any company cannot sell the vaccines to any place as per their desire, he said, adding: “We will fix commercial sale prices of vaccines.”

If Beximco Pharmaceuticals Ltd wants to sell Covishield vaccine commercially, price of a dose will be fixed after the import of its first lot from India.

“I hope it will not be necessary to buy coronavirus vaccines from private sector as the government itself is collecting vaccines and will give these free,” he added.

When asked whether any private company except Beximco has applied for permission to sell Covid-19 vaccines on local market, the DGDA chief replied that as far I know, no other company has applied yet.

Md Salah Uddin, deputy director of the DGDA, said if any company wants to import coronavirus vaccines, it has to take no objection certificate (NOC) or emergency authorisation from the DGDA.

Talking to the Daily Sun, Md Muhibur Rahman, additional secretary of the Health Services Division, said: “The government is buying Covishield vaccines from Baximco. The vaccines will be imported from the Serum Institute of India (SII).”

“Please ask the DGDA about the permission,” he said, replying to a query whether there is any necessity to get a separate approval for selling the vaccine commercially.

An Aljazeera report says Bangladesh’s Beximco Pharmaceuticals Ltd will buy up to three million doses of the AstraZeneca COVID-19 vaccine from the SII for $8 each for sale to the private market.

Rabbur Reza, chief operating officer (COO) of Beximco, said the SII will begin deliveries of the shot later this month for both state and private use.

Private sales of the vaccine by Beximco could begin in Bangladesh next month at a retail price of about Tk 1,125 ($13.27) per dose, he said.

Currently, the company has a deal for one million doses that could be raised by two more million, he added.

Beximco, one of Bangladesh’s largest pharmaceutical companies, is the exclusive distributor of the AstraZeneca vaccine in the country.

Reza further said Beximco had also had preliminary discussions with other Indian vaccine developers such as Biological E and Bharat Biotech, whose shot was approved this month by India as a backup to the one developed by AstraZeneca with Oxford University.

The Serum Institute, the world’s biggest vaccine maker, plans to sell 100 million doses of the AstraZeneca vaccine for 200 rupees ($2.73) each to the Indian government, and will charge slightly higher for subsequent purchases. India has already bought 11 million doses at that initial rate.

Though Beximco is initially paying $4 per dose for the vaccine for the Bangladeshi government programme, the price will eventually be adjusted to around the average rate the Indian government would pay Serum, Reza said.

Serum is bearing the cost of transporting the vaccines to Dhaka from India.

Reza said Beximco has the option to buy additional volumes from Serum for the state vaccination programme than the currently agreed 30 million doses for the country, the Aljazeera report added.

Besides, the government on January 7 formally approved use and sale of the Oxford-AstraZeneca vaccine in Bangladesh. The DGDA gave the formal permission to Beximco to deliver vaccine doses to public and private organisations of the country, said DGDA sources.

The SII will supply the vaccine, produced as Covishield in India, to Bangladesh through its local supplier Beximco.

"With the approval, the Covishield vaccine of Oxford-AstraZeneca can be used on an emergency basis while Beximco can import and supply it in the country," DGDA Deputy Director Md Salauddin said.

On December 13, a tripartite agreement was signed between the government, the SII and Beximco to procure 30 million doses of Oxford-AstraZeneca vaccine from the Indian company.

The government has already made an advance payment of Tk 5,097 million for procuring the vaccine.

The SII will pay Beximco for carrying the vaccines from its warehouses to the Bangladesh government’s warehouses as per the deal, officials said.