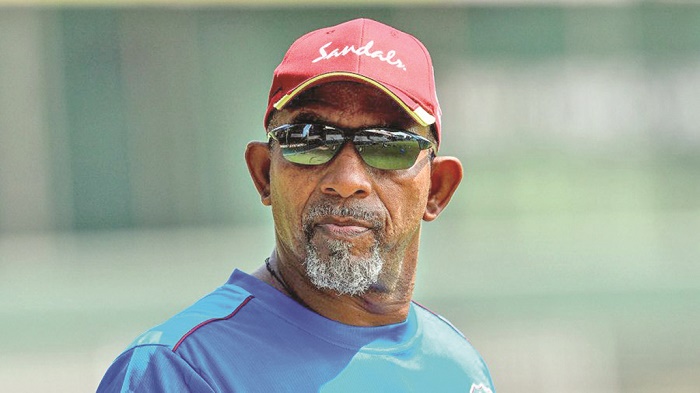 West Indies head coach Phil Simmons said on Tuesday that Bangladesh are clear favourites in the upcoming bilateral series against the visitors though he expects better performances from his young brigade.

“Bangladesh is clearly favourite because they always play well at home. We can’t argue with that,” Simmons told reporters through a Zoom media conference.

“You might say that we don’t have our full team but at the same time we have a team here that is hungry, wants to do well, and eager to play, fight and scrap in these conditions.

“It is the start. It is the tournament to qualify for the World Cup, so it’s a start. My rule and message to all the players here are that you are not here to fill in. You are here to give yourself a chance. You have a chance now to seal your place in the team.

“If you do well here, it augers well for you moving forward. You come here and do well in the three ODIs and two Tests, you are putting yourself in a place from where nobody can move you. Only you have the opportunity,” he added.

Simmons added that they had earlier gone with a big pool of cricketers in England and that provided them to see the future generation of cricketers that according to him will be fighting for a spot in the series.

“Sometimes experience plays a part but sometimes enthusiasm and hunger trumps experience. We do have a few experienced players,” said Simmons.

“This opens up the pool. Some of the places are in the players’ hands. If they do well here, they can put themselves in line to play most of these series coming up.

“We left the Caribbean with the aim to win the ODI series. You might say that we don’t have our full team, but at the same time we have a team here that is hungry, wants to do well, and eager to play, fight and scrap in these conditions.

West Indies team will remain in the hotel today while they will start practicing on Thursday in preparation for the three-match ODI series, starting on January 20 in Dhaka.