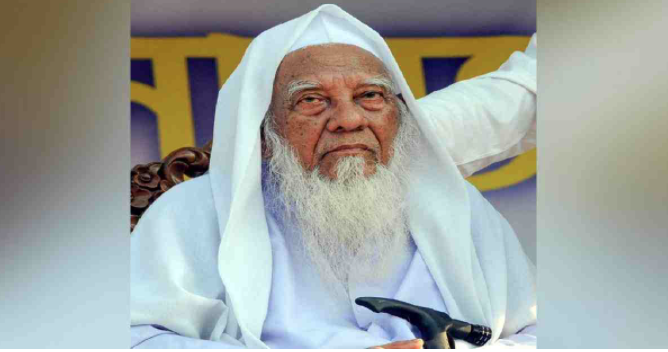 Members of Police Bureau of Investigation (PBI) visited the Hathazari Madrasa on Tuesday morning as part of ongoing investigation into the alleged killing of Hefazat-e-Islam founder Allama Shah Ahmad Shafi.

The PBI team, led by its divisional superintendent Md Iqbal Hossain, spoke to a number of people including Hefazat’s incumbent chief Junaid Babunagri.

Later, PBI officer Iqbal told reporters that they visited the spot complying with the court’s order to sharpen the investigation.

“We’ve spoken to some people but we can’t say much for the sake of our investigation. We’re working to submit the investigation report to the court within the stipulated time,” he said.

Junaid Babunagri and Ashraf Ali Nizampuri said they do not know the accused named in the case. The accused are not any students, teachers and employees of Hathazari Madrasa, the duo claimed.

No incident of torturing Allama Shafi took place during the student movement. The killing case after normal death of Allama is ill-motivated and purported to harass others, Junaid Babunagri and Ashraf Ali said.

“Madrasa students vandalised the room of Allama Shafi in front of me. But it is not understandable to me why the witnesses are denying the fact,” a senior teacher told the investigators, wishing anonymity.

It is apprehended that such evil circle is currently active also in different areas like Baridhara, Jatrabari and Lalbagh in Dhaka and Brahmanbaria.

The court ordered PBI to file an investigation report within a month.

Shafi passed away at a hospital in Dhaka on September 18 last year.

(With input from UNB.)