Amsterdam could ban tourists from its cannabis shops from next year 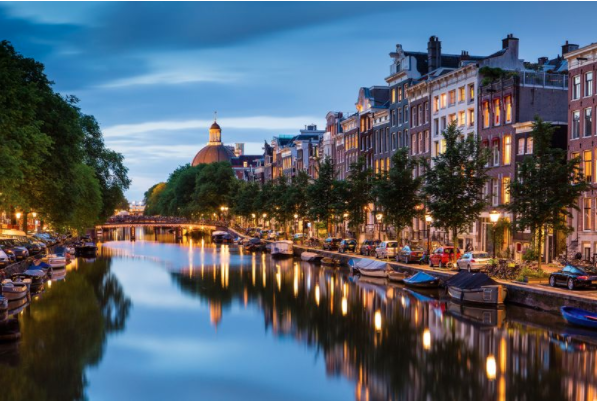 Amsterdam could ban tourists from its cannabis shops (also known as coffee shops) in a bid to crack down on the rise of demand for cannabis.

The city's mayor Femke Halsema has submitted a proposal to the Amsterdam city council which would see access to these coffee shops limited only to Dutch residents.

Other measures could also include limiting the number of coffee shops which can be owned by the same chain, and stricter regulations around the transport and storage of cannabis in the industry.

If successful, the policy is anticipated to come into force from next year.
Amsterdam currently has 166 coffee shops - which accounts for almost 30% of all of the Netherlands' coffee shops.

Recent research by authorities found that 72% of those surveyed had visited a coffee shop during their stay in Amsterdam, or planned to do so. British and French tourists were those most likely to visit.

It's not the first restriction which the city has brought in. Since 2020, guided tours have been banned in the Red Light District, with new restrictions on the number of tours allowed and the size of the group.

The new rules don't ban tourists from wandering through the neighbourhood on their own accord - it will just be guided tours are affected.

Meanwhile, in 2017 the city banned beer bikes after locals complained that rowdy tourists were becoming a nuisance from the noise they made to the traffic they created.