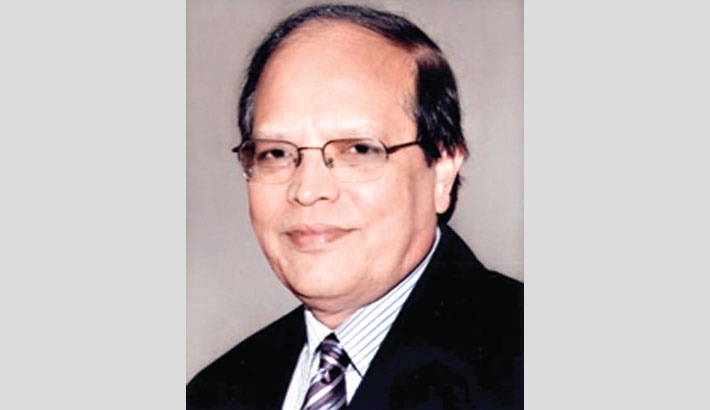 The Pakistan general election in 1970 based on ‘one-man-one vote’ principle proved to be a watershed moment in the turbulent history of the erstwhile Indian sub-continent. This was the first and the last general election of undivided Pakistan which was taken to be free and fair reflecting people’s aspirations. This credible election was held in the backdrop of the collapse of the dictatorial Ayub regime under the heavy pressure of people’s upsurge to free Sheikh Mujib from the Agartala conspiracy case. After his release, Bangabandhu Sheikh Mujibur Rahman joined the Round Table Conference called by President Ayub at Rawalpindi and proposed his ideas about the Six Points Program and regional autonomy. Ayub Khan obviously could not agree to the six points and preferred to hand over the power instead to the army chief General Yahya Khan who assumed power on March 25, 1969 (Karim, S.A., ‘Sheikh Mujib: Triumph and Tragedy’, UPL, revised edition, 2009, p.160-61).

General Yahya played his cards prudently at the beginning of his tenure and tried to cool down the tensions prevailing in the political landscape of Pakistan. As a first move, he declared in a nationwide broadcast that his only intention was to create an environment where the power could be smoothly transferred to the politically elected representatives (ibid. p.162). Despite declaring Martial Law throughout the country, he did not ban political parties. He, however, imposed some restrictions which were eventually lifted. In July 1969, he appointed Justice A. Sattar as the chief election commissioner and preparations for a nationwide general election began. He also declared the Legal Framework Order (LFO) as the blueprint to be followed before the elected representatives assumed power.

This framework would have allowed the Yahya administration to reject a constitution based on the Six Points Program in the name of Presidential authentication (ibid. p.165). Bangabandhu took a well calculated risk and ignored these barriers as he wanted to be engaged in political activities and reconnect with the people (Sobhan, Rehman, ‘Untranquil Recollections’, SAGE Publications, 2016, p.308). In fact, Bangabandhu grabbed this window of opportunity to broadcast his ‘Six-Point Program’ as widely as possible to get an electoral mandate so that it could form the basis of a constitution which would guarantee regional autonomy. He correctly anticipated the huge public support which was waiting for his six points.

The practice of open politics was permitted from 1st January 1970. Bangabandhu started to campaign for the upcoming elections with his popularity already soaring. The year-long election campaign provided him an excellent opportunity to reach every nook and corner of East Bengal with his well-orchestrated slogan of how the Golden Bengal turned to ashes under the unjust policies of the West Pakistani elites. A meaningful poster designed by artist Hashem Khan with guidance from Bangabandhu highlighting the depth of inequalities between two parts of the country was distributed lavishly which immediately caught the imagination of the struggling Bengalis.  In Professor Rehman Sobhan’s recollections, he wrote, “During the months of 1970, Bangabandhu was elevated to iconic status and loomed over the entire election campaign. We calculated in an article in Forum that every constituency visited by Bangabandhu added 10 per cent to the vote tally of the AL candidate. I recollect a conversation with Barrister Amirul Islam, a first-time AL candidate from Kushtia, who told me that when he asked an ancient peasant in his constituency whether he would vote for him, he replied “I’m sorry I cannot vote for you, I am voting for ‘Mujeebuddin’.” Professor Sobhan also described in detail the enormity of Mujib’s support and added, “In the minds of the common people, Bangabandhu had been transformed from a political leader into the personification of their hope and dreams.” (Sobhan, Rehman, ‘Untranquil Recollections’, SAGE Publications, 2016, p.309 and 310). It was also during this election campaign that the slogan “Joy Bangla” was used for the first time by Bangabandhu in rally in Racecourse Maidan (Karim, S.A., ‘Sheikh Mujib: Triumph and Tragedy’, UPL, revised edition, 2009, p. 168). This was repeated throughout the province by all his supporters during the entire election campaign and even later. This was the mantra during both the non-cooperation movement and the war of liberation personifying the roaring voice of Bangabandhu.

The election was rescheduled to December from October 1970 due to prevailing floods in East Pakistan. Starting on 28th October, leaders of fourteen parties made electoral speeches on TV and radio. Sheikh Mujib was the first to deliver a comprehensive speech. According to G.W. Choudhury, Sheikh Mujib’s speech ‘was listened to with great attention in both regions, as he had already emerged as the Bengali leader who spoke for the majority of the country’s population.’ (Choudhury, G.W., ‘The Last Days of United Pakistan’, UPL, 1994, p.125).

Sheikh Mujibur Rahman’s TV and radio speech reaffirmed what he had been championing for the longest time – the rights of the Bengali people. He had brilliantly addressed the problems that the country was facing at that time. Mujib started his speech with the remembrance of those who had lost their lives during the mass movement. He then spoke against the history of exploitation of the Bengali people. He identified the deprivation of political freedom, economic injustice imposed on the people and economic disparity between the regions as three main problems that face the country. Mujib then said, “Our manifesto sets out a comprehensive strategy for resolving these fundamental issues. A real living democracy must be established in which all the fundamental freedoms shall be constitutionally guaranteed.” (Sheikh Mujibur Rahman, TV and Radio speech on 28th October)

In addition, he addressed the issue of growing inequality in wealth between the regions at great length and described the importance of reframing the constitution based on the Six Point Program. He said, “The Awami League Six Point Program which is embodied in the Eleven Point Program presented rational solutions to this problem of regional injustice. With a central bureaucracy in which Bengalis account for barely 15% and with the nature of our power structure being what it is, to expect justice from this centralized system of economic management would be to expect the impossible.” (Sheikh Mujibur Rahman, TV and Radio Speech on 28th October).

Other issues he emphasized during his speech included nationalization, tax reform, cooperatives, modernization of agriculture, flood control, electricity, transport and communication, education, healthcare, trade union, foreign policies and rights of the indigenous people (TV and Radio Speech of Bangabandhu Sheikh Mujibur Rahman). There was no doubt that Sheikh Mujib spoke for the people of Bengal and wanted nothing but justice for them.

Besides this electoral campaign speech on Radio and TV, Bangabandhu visited almost all the constituencies to touch base with his people for whom he suffered so much. The people also welcomed him with great enthusiasm. In particular, he was able to spark hope and inspiration among the youths who came out strongly in favour of his political campaign. The campaign trail was suddenly stopped in mid-November as southern Bengal was hit by a three-degree cyclone where nearly a million people were washed away. There was severe negligence of the central government in standing by the victims of this unprecedented disaster, which made people even more supportive of Bangabandhu’s campaign for autonomy for East Pakistan. He immediately rushed to the disaster affected areas with whatever relief materials he could collect from his well-wishers and spent days with the surviving victims of the cyclone. The political and social activists rushed to the cyclone affected areas to help the affected people come out of their trauma and rehabilitate them as much as possible. Bangabandhu’s presence in the area not only inspired the volunteers but also provided new hope of survival to the disaster victims. Moreover, his words of consolation to the victims and highlights of serious flaws in timely response of the government to this unprecedented disaster attracted the national and international media and as well as development partners in right earnest. This helped mobilize huge international relief for the victims while the central government led by Yahya Khan was still in slumber. His compassionate leadership in this difficult hour and temporary postponement of election campaigning proved to be more beneficial for his party, which swept the subsequent election on December 7, 1970. We will cover in more details on this in the next number of this column.

The author is Bangabandhu Chair Professor, Dhaka University and

former Governor of Bangladesh Bank. He can be reached at: [email protected]