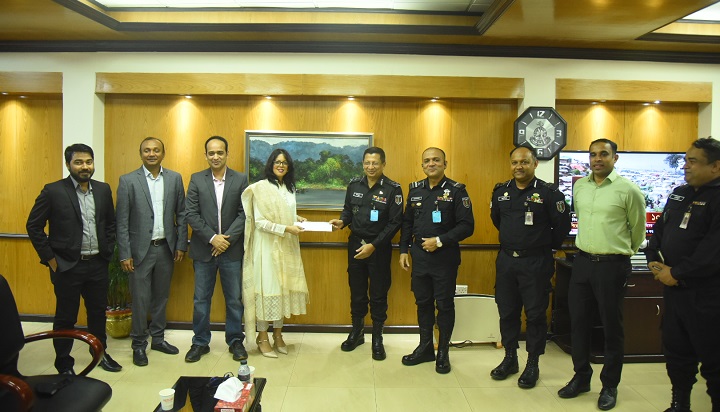 Recently, a check of sponsored amount was handed over by Evaly at the RAB headquarters. Shamima Nasrin, Chairman of Evaly, handed over the check to the Director General of RAB Additional Inspector General of Police Chowdhury Abdullah Al Mamun. Senior officials of Evaly and RAB, including Evaly founder and CEO Mohammad Rassel, were present at the time.

Mohammad Rassel, Managing Director and Chief Executive Officer of Evaly, said, "Every member of the law enforcement agencies is working day and night to ensure the security of our country and our lives and property." The role of Elite Force RAB is one of them. This is a small attempt to express our respects to the members of this force. We hope that an aesthetic film will be made and that it will be very popular with the audience at all levels.

Dividends from "Operation Sundarbans" will be spent on assistance to the victims, rehabilitation of former pirates and public welfare in the coastal areas, the RAB said.