Unlike Pakistan’s direct-hand in Kashmir, is China’s role in India’s Northeast insurgency much more nuanced? 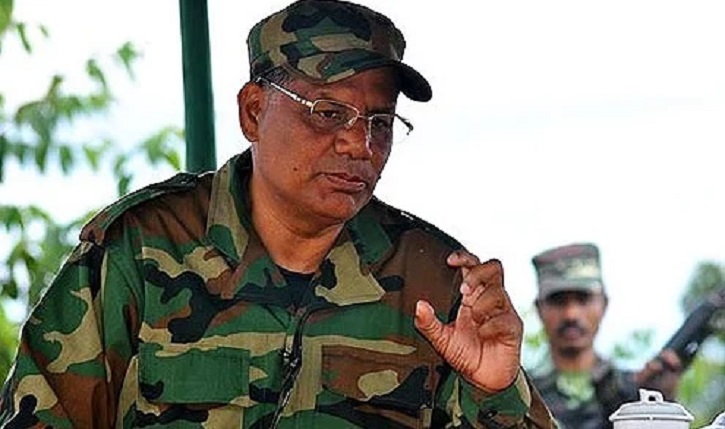 On January 1, an assistant professor of Assam’s Dibrugarh University shared a small video clip on Twitter claiming, “Chinese radio broadcast in the highways of #Assam. A crash course on #Chinese language in English.

The radio propaganda needs to be juxtaposed with the scenario of #AIR stations here either getting shut or sized down. Stronger reception of radio China compared to Indian stations.”

There is nothing serious or unusual about it except the fact that China would keep resorting to such propaganda vis-a-vis India’s Northeast, especially Arunachal Pradesh, which Beijing calls ‘Southern Tibet’.

Days ago, China had issued a veiled threat saying it would throw its weight behind the separatist elements in India’s Northeast if New Delhi continues highlighting the issue of Taiwan’s independence.

The news at once grabbed headlines with some experts giving half-baked information on China’s role in Northeast’s insurgency. Barring a few, the majority of the analyses were far from accurate.

There is a tendency to apply the same yardstick to every insurgency in India – be it Kashmir, Northeast, or the Maoist rebellion in eastern and central India. This contributes to making an incorrect assessment of the insurgency concerned, thereby creating a roadblock in finding a lasting solution to the problem.

It must be borne in mind that India’s Northeast is far more complex than Jammu and Kashmir despite the fact both have long suffered from insurgencies. While Pakistan’s role in Kashmir’s militancy is known to the entire world, there is no concrete proof of China aiding and abetting the Northeast separatists except for occasional reports of these militant outfits using Chinese-made weapons.

Needless to mention, Beijing’s policies are more nuanced and framed for the long term unlike its ‘iron brother’ Pakistan, which has been ‘caught in the act’ many times. The killing of Osama Bin Laden by the US special forces in Pakistan’s Abbottabad is a case in point.

China’s link to the Northeast rebels was first established almost half a century ago. It all started with the Nagas – a group of rebels from the Naga National Council (NNC), including Thuingaleng Muivah, had visited China’s Yunan province in the late 1960s. Subsequently, NNC was split and the National Socialist Council of Nagaland (NSCN) was born. At present, the NSCN faction headed by Muivah has been engaged in the peace process with India’s federal government.

Apart from the Nagas, Mizo and Manipuri rebels had also visited China for the training purpose. The now-defunct Mizo National Front (MNF) had launched an armed rebellion in the 1960s before signing a peace accord with the Government of India in 1986.

Decades later, Indian intelligence agencies have sniffed another rebel leader’s hideout in China. They are of the firm view that Paresh Baruah, the commander-in-chief of the anti-talk faction of the United Liberation Front of Asom (ULFA) has been living in Ruili in the southwestern province of Yunan, according to Rajeev Bhattacharyya, the author of Rendezvous With Rebels: Journey to Meet India’s Most Wanted.

Bhattacharyya’s book was the result of his long and arduous trek to Myanmar’s Sagaing division that housed camps of a number of militant outfits from India’s Northeast at the time. He interviewed several top rebel leaders, including Paresh Baruah of the ULFA and SS Khaplang of NSCN (K). The latter passed away in 2017.

According to Bhattacharyya, Baruah has been operating from China for more than a decade now. There are also reports of some Chinese intelligence officials visiting ULFA’s camp in Myanmar, but no further details on their meetings and plans are available in the public domain. Indian security agencies believe China is using these insurgents to gather intelligence on India’s Northeast.

The only link that crops up from time to time is the supply of Chinese-made weapons to not only the rebels from India’s Northeast, but also to those in neighboring Myanmar.

Last year, a consignment of 500 Chinese assault rifles, 30 universal machine guns, 70,000 rounds of ammunition, and a huge cache of grenades was reportedly supplied to the Arakan Army (AA). The AA is a designated terrorist organization active in Myanmar’s Rakhine state fighting for the cause of the Rohingya.