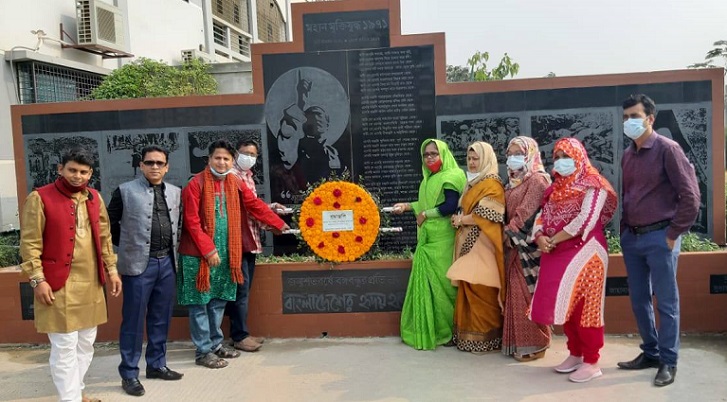 The historic Homecoming Day of Father of the Nation Bangabandhu Sheikh Mujibur Rahman has been observed at Vashantek Government College in Dhaka on Sunday with due dignity.

An online discussion meeting and seminar was held at the college to commemorate the return of the Father of the Nation, according to press release of Vashantek Government College.

At the beginning of the event on Sunday, a wreath was laid at the mural of Bangabandhu in the college premises named ‘From the heart of Bangladesh (Bangladesher Ridoy Hote)’.

Abdullah Al Mohan, convener of the college’s ‘Mujib Borsha’ celebration committee and assistant professor of political science, presented an essay titled ‘Homecoming of Father of the Nation’ at the event.

Professor Mahmuda Khatun, Principal of Vashantek Government College, was present as the chief guest on the occasion.

Students, including teachers, succeeded in organizing the event by reading lessons from Bangabandhu’s speech, reciting poems through online and connecting to Facebook Live.