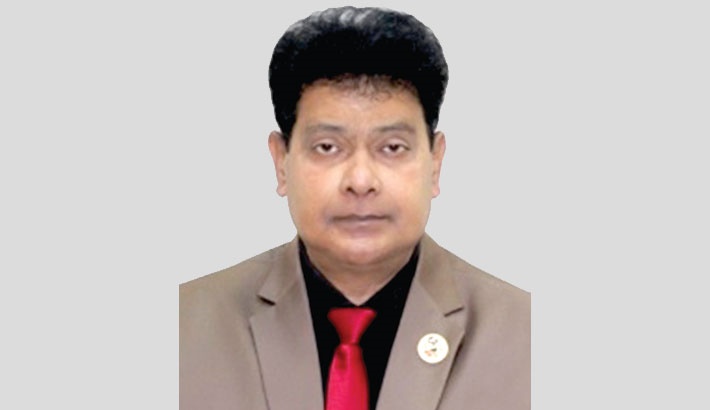 Bangabandhu’s homecoming is of the most important historical significance. 15 days after the complete liberation of Bangladesh from the grip of the Pakistani intruders on 16 December 1971, the Father of the Nation, Bangabandhu Sheikh Mujibur Rahman returned to his native land on 10 January 1972. The day is remembered by the Bengali nation as Bangabandhu’s ‘Homecoming Day’. Many leaders across the world have different histories of returning home from abroad owing to exile, revolution etc. But Bangabandhu’s homecoming has obliterated all other events of the kind. 49 years ago, on this day, the beloved leader of the brave Bengali nation, Bangabandhu Sheikh Mujibur Rahman was released from Pakistani captivity and set foot on the war-torn ground of the independent and sovereign Bangladesh. Bangabandhu’s return to the country made the victory in the war of independence complete.

On January 10, after reaching Dhaka, millions of people gleefully greeted him with spontaneous welcome notes from the airport to the Racecourse Ground (currently, Suhrawardi Udyan). At 5 p.m. on that day, he addressed about one million people gathered in the Racecourse Ground. At one point in the 17-minute long speech, he said, “A grave was dug up beside my cell. I was ready. I am a Bengali. I am a man. I am a Muslim—a Muslim dies once, not twice.’

On the night of 25 March 1971, the Pakistani forces arrested Banabandhu from his Dhanmondi 32 residence. For the entire nine months of the war of independence, the Pakistani dictators kept him in the darkness of the prison-cell in Layalpur, Pakistan. While Bengalis were fighting in the battlegrounds for freedom, their pathfinder leader was waiting for imminent death as condemned in a farce of a trial arranged by the Pakistan military junta. Bangabandhu spent most of his political life in prison, so prison was never a place of dread for him. After the Bengalis won the final victory in December, world leaders, especially the then Prime Minister of India, Shrimati Indira Gandhi, raised voice demanding the release of Bangabandhu. The defeated Pakistani regime was forced to release Bangabandhu giving way to international pressure. He then returned victoriously to his Bengal, which got independent following his call, as the heroic leader of the brave Bengalis.

On January 10, Bangladesh capital Dhaka turned into a sea of people, after the return of Bengali nation’s eye-candy Sheikh Mujib. In a column describing the day, veteran journalist Abdul Gaffar Chowdhury comments that he was blinded by the tears of emotion when he had a bird’s eye view of the torrents of people on the streets of Dhaka.

Bangabandhu had returned to Dhaka from Pakistan via London and Delhi. Indian diplomat Sashanka Shekhar Banerjee was a sojourn in the entire 13-hour long flight from London to Dhaka. He later recalled: “After being released from prison in Pakistan, Sheikh Mujib arrived at London’s Heathrow Airport. I was a fellow traveller to escort him to Bangladesh from Delhi on the advice of Mrs Indira Gandhi.” On 9 January 1972, at 6:00 am Bangabandhu reached the VIP lounge at Heathrow Airport. He was welcomed by the British Foreign and Commonwealth Officer Ian Sutherland and Indian High Commissioner to London, Apa B. Panth.

Ian arranged for Mujib a meeting with British Prime Minister Edward Heath. And Apa B. Panth facilitated his communication with Indian Prime Minister Mrs Indira Gandhi. Indira-Mujib telephone conversation lasted for 30 minutes. “After an hour, Indira Gandhi again talked to Bangabandhu.” With the consent of Mrs. Gandhi, Sashanka Banerjee accompanied Bangabandhu en-route independent Bangladesh.  The First Secretary of the Indian High Commission, Bed Marwa, the foreign minister of the post-independence Bangladesh government Kamal Hossain and his wife Hamida Hossain were also with them. ‘They sat side by side in the plane. The favorite aromatic Erinmore tobacco and the famous pipe adorned the table in front. The delighted Mujib seemed all eagerness to return home.

“In a drenched voice he said, ‘Independent Bangladesh, my Bangladesh.’ He gave thanks for the long-term cooperation. He said, ‘Banerjee, this time I want a special favour.’ I said, ‘Of course, if it’s within my ability.’ He said, ‘We need to send Indira a message before meeting her in Delhi. The withdrawal of Indian Allied Forces from Bangladesh has to be done by 31 March 1972.’ He said that he had spoken to the British Prime Minister about this. Bangladesh will have no more obstacles for getting recognition from the British government if the Indian Allied forces leave.

“The plane has started flying again after refueling from the Middle East. Bangabandhu squinted at the milk-white clouds. After a while, he stood up and began to sing, ‘My Bangla of gold, I love you.’ His eyes got filled with water. He said, ‘Banerjee, you too. Let’s take a rehearsal.’” They sang the song together. Bangabandhu tried to hide the tears and said, “The war-torn country is awaiting a more intense struggle to move forward. My only strength to boost courage in my chest: the common people of my country.” To the surprise of Sashanka, Bangabandhu suddenly said, “This song will be the national anthem of Bangladesh. Tell me how it will fare.”Sashanka Banerjee responded, “Then, for the first time in history, Rabindranath Tagore will be the author of the national anthems of two countries.”

We become certain about two things from Banerjee’s description. Bangabandhu was very much aware from the very beginning about the issue of retaining the free and sovereign status of Bangladesh by the removal of any foreign influence over the Bengali nation. And on his way home, with an undetermined inspiration he decided to take the song ‘My Bangla of gold’ as the national anthem of Bangladesh, for this was the song which surged up spontaneously in his mind and voice at that moment. Sashanka Banerjee again said, “The message of West Bengal Chief Minister Siddhartha Shankar Ray came in asking him to halt at Kolkata on the way to his country—the people of Kolkata want to see Bangabandhu. He expressed gratitude and said in a return message that he was grateful for the support of the people of Kolkata in the struggle for independence. But he was impatient to return to Dhaka via Delhi. However, he would come to Kolkata soon. “After sending the message, Bangabandhu said, ‘The path seems never-ending. The free skies, people, nature all are calling me. I can’t explain how it feels!’ “In Delhi, Sheikh Mujib was welcomed by the then Indian President V. V. Giri, Prime Minister Indira Gandhi, Foreign Minister Sardar Sharan Singh and many others. At the Presidential Palace, he was entertained with the sandesh, samosa, singara and Darjeeling tea brought from Kolkata. In the Mujib-Indira meeting, the issue of the withdrawal of Indian troops from Bangladesh in three months was discussed.

“10 January 1972. The superhero of the independent land Bangladesh, Bangabandhu Sheikh Mujibur Rahman alighted off the plane in Dhaka at noon. The rippling crowd and their chants of slogans filled the whole atmosphere. The voices rose skyward: ‘Joybangla’, ‘Joy Bandabandhu’, ‘Joy muktijuddha’. All the way from the airport to the Paltan Ground—a humongous ocean of people. That was an unprecedented moment, relishing the joy of freedom and the return of the great leader. The visual of the Great Leader Bangabandhu’s homecoming is still fresh in the eyes.” That day of nineteen seventy two is as it were a living one in the description of Sashanka Banerjee.

The homecoming day of Bangabandhu is celebrated every year as a symbol of trust and reliability in the life of the Bengali nation. Hence, the day is very important to the Bengali nation as a beacon of inspiration towards the entanglement with the country in any situation.

Author is a columnist, writer, researcher, Professor of English and Pro-Vice-Chancellor of Islamic