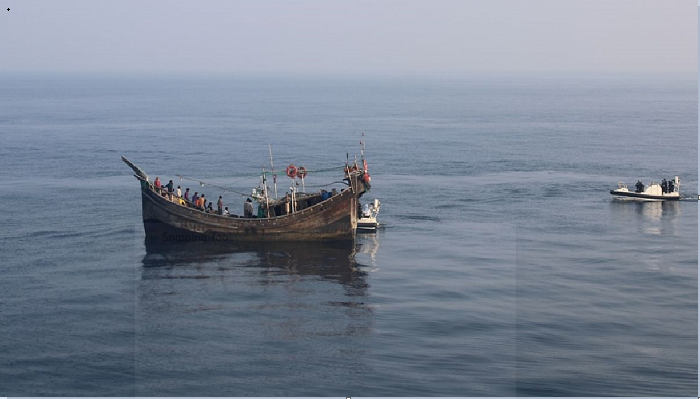 A team of Bangladesh Navy yesterday rescued 18 fishermen after 22 days floating on a fishing boat in the Bay of Bengal, an ISPR press release said on Saturday.

The Naval ship ‘Nirmul’ and ‘Atondrya’ rescued the fishermen along with the boat ‘FB Al Hasan’ from 83 nautical miles away from Saint Martin Island in the Bay while the two Naval ships were patrolling .

Quoting fishermen, the press release said, the 18 fishermen went on fishing in the Bay along with the boat on December 9, 2020.

But engine of the fishing boat went out of order near Payra sea port on Dec 17 , the release said, adding that they were floating 22 days and survived after having dried fish and rice in the Bay.

The Naval ships rescued all the fishermen in physically and mentally weak condition and were given primary treatment, necessary foods and warm cloths.

Later, they were handed over to Saint Martin Naval Base to send Patuakhali after repairing engine of the boat, the press release added.