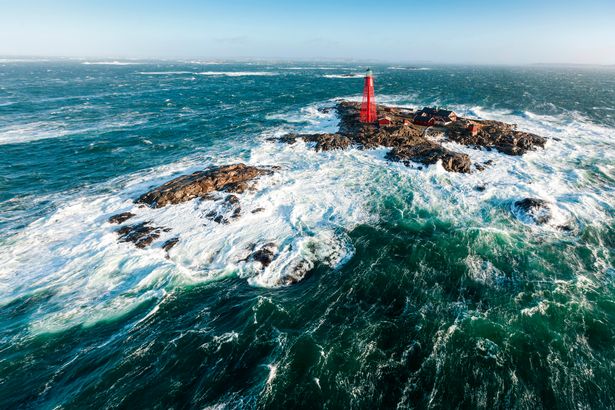 Being invited to a remote barren island to spend seven days alone may sound like the start of a thriller, but that's exactly what one film festival is offering up as an experience.

The Göteborg Film Festival 2021 is offering up the chance for one film buff to head to a remote island off a Swedish archipelago, to spend seven days alone bingewatching the festival's 60 film premieres.

No phone, no family, no contact with the outside world. Just you, a small residential building with a bedroom, kitchen and film viewing room, and 60 films.

It's aptly naming the experience the 'Isolated Cinema', one of three unique locations which will be on offer (the other two are a closed arena and theatre in Göteborg itself).

The island's remote location means it's fairly inaccessible, although the chosen film fan will be transported there by boat, and then left with seven days' worth of supplies. The boat will return to pick them up at the end of the week.

No phone, computer or books - but the film festival will provide "pen and paper if you want to take notes or draw".
The stay is on the island of Hamneskär, off the coast of Sweden, which historically served as a location for a lighthouse to warn incoming ships of the jagged hidden rocks below.

A house was built on the island for lighthouse keepers and their families, and nowadays it serves as one of the world's most remote hotels, although it won't be open during the isolated film stay.

Applications have opened already, with the film festival set to contact the winner mid-January.

(There is actually another person who will be staying on the island in case of any emergencies, but they won't be watching films or staying in the same building).

Sadly for Brits, the experience will take place between January 30 to February 6, so with the current national lockdowns in England, Scotland and Wales it won't be possible to travel (there's a ban on international travel unless for legally permitted reasons but a holiday of this nature won't count).

Don't be disheartened though - there are other opportunities to stay at Pater Noster (pandemic allowing).

If you're after something a little closer to home, there are plenty of brilliant remote stays in the UK worth having on your radar for a future staycation with a difference.

You can find out more about the Isolated Cinema on goteborgfilmfestival.se.