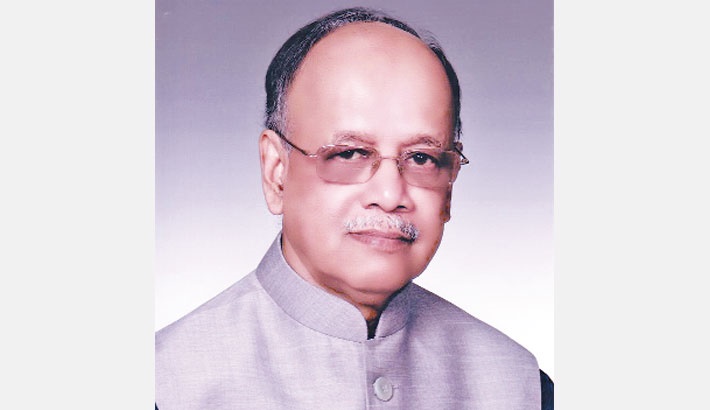 Just for one man’s lust for power and greed, democracy in America as envisaged by its founding fathers died a tragic death on Wednesday, 6th January 2021. The man is none other than the outgoing President Donald Trump, a man who during his four year term gained notoriety for his rhetoric, hate campaign, deceit and lies and, on top of all, dividing the American nation right in the middle. During his four year term as the US President, Trump has survived impeachment, twenty-six sexual-misconduct accusations, and thousands of law suits. Many may disagree but Trump as a ruler can only perhaps be compared with late Idi Amin Dada, former President and Dictator of Uganda from 1971 to 1979.

America has a glorious past as defender of democracy in its own country but it has been accused for being accomplice in deposing democratically elected governments in countries of Latin America, Africa, Iran, Middle-Eastern countries and Asia to put handpicked stooges and sycophants in power and turn the countries into banana republics. Examples of such acts abound and no US governments ever apologised for such deeds in the past. But what the world witnessed happening in America on last Wednesday while the House and Senate was busy completing the formalities for certifying the winner of the last Presidential Election, Democrat candidate Joe Biden and his running mate Kamala Harris, was like a horror story never seen before.

Before the formal endorsement of the results of the election held in November, Trump – as he has done all through – announced that he is the winner and his victory was stolen through massive rigging and fraud, a claim he could never prove in any court of law. His rhetoric went so far that even before the polling began in November, he announced that he will only accept the results if he wins the election. Trump never seems to have understood what the spirit of democracy is all about or even bothered about it. Unfortunately, he ruled a country for four years that had great presidents like George Washington, Thomas Jefferson, Abraham Lincoln and Franklin D Roosevelt.

Fred Hiatt, the Editorial page editor of the Washington Post, wrote on Wednesday, ‘as a reporter years ago, I witnessed coup attempts and political uprising in Seoul, Jakarta and Moscow - but I never, ever expected to see a mob taking over the US Capitol (place of the US Congress and the seat of the legislative branch of the US, somewhat similar to a parliament building). …I watched the day along with my colleagues…with horror and fury’. Evan Osnos commenting in the New Yorker on Thursday wrote, ‘the day had begun with another indistinguishable rant from the President – a dejected, deluded improvisation about a stolen election at a rally on the park south of the White House. But then it had turned. “We’re going to the Capitol”…We’re going to try and give our Republicans…the kind of pride and boldness that they need in take back our county. In other circumstances, it might have passed as his usual taunt, but, in this case, it was received as a call to arms.’ While he was busy addressing his supporters, his Vice-President Mike Pence was preparing to formally begin the process of declaring the names of the winners of the last November Presidential election inside the Capitol Building where the joint meeting of the House was in session. Trump finished his speech by inciting his supporters to show their strength and thwart the election result which by this time was known to the world. On Wednesday it was just a constitutional formality to declare the winners. Trump in an audacious move even asked Mike Pence to declare him the winner, which Trump was very much aware that it would not be possible to do as he desired. With all fairness it must be admitted that the behaviour of Trump’s Vice President was much more rationale and he did not step out of his constitutional obligations.

By afternoon Trump supporters, some equipped with fire arms began to assemble before the Capitol with National and Trump flags, festoons and chanting slogans in favour of Trump. According to the local media, not all those assembled were locals. Many came from other parts of America, and all of them were staunch supporters of Trump and his slogan ‘Make America Great Again’ meaning America, the country known as a land of immigrants should be again left to white supremacy. Most of the Trump supporters are supremacists and racists and Trump supports them without any hesitation. As time passed by crowds swelled, became restive and peaceful demonstrations suddenly turned into unruly mobs. To the horror of everyone, suddenly the mobs surged towards the Capitol, scaled the walls, and entered the Capitol building where the joint session was on. Such an assault on Capitol Building, considered as citadel of democracy in US, is unprecedented. Not since the War of 1812, when British forces set fire to the Capitol, had the halls of power in Washington DC been overtaken by a violent mob as they did on Wednesday. Washington DC is a small city and has limited number of law enforcing agencies. Though the Capitol Building was protected by a handful of security personals they were soon overpowered. The Capitol Police Chief announced his resignation as he could not protect the building and those inside.

From the events preceding the storming of the Capitol Building, it was very clear that the day will not be just another simple day of demonstration. The authorities had sufficient time to make adequate preparation to protect the Capitol Building and those inside but they were either unwilling or were paralysed by the unfolding events. In similar situations usually the para-military forces, the National Guards are called in advance but on this day that did not happen till the takeover of the Capitol Building by the unruly mobs. Some local media even reported that Trump resisted sending in the National Guards even after the Capitol had been stormed. Only after the intervention from senior White House officials did the National Guards arrive and that too not in sufficient numbers. As the mobs took over the Capitol, Mike Pence stopped the proceedings and ordered the House members to go into secured areas, or in their personal offices. The mobs  entered the building, ransacked the offices, took away some of the statutes and show-pieces and one of the thug even audaciously sat on the President’s Chair and declared Donald Trump the winner in the election! The world watched in horror. To many it seemed America is melting and as one commentator wrote – it was ‘death of democracy in darkness.’ In the chaos five people, including a police officer died, one presumably shot by US Secret Service deployed to protect the US Vice-president.

Soon the DC Mayor declared curfew from 6.00 p.m. and ordered everyone to vacate not only the Capitol Building but even the streets of Washington DC. Only when National Guards, police forces from neighbouring cities began to arrive, did the mob begin to clear the Capitol Building and its lawns. In a remorseless tweet Trump released a one-minute video expressing “love” for his supporters and thanked them for being with him and asked them to go home. Around 3:40 a.m. local time, Vice President after completing all the formalities made it official, affirming Biden as the 46th President of US. In a message to the rioters Mike Pence told, “You did not win.” Following the formal announcement of the result, Washington DC Mayor declared a fifteen days’ emergency in the US Capital and Facebook, Tweeter, Instagram blocked Trumps account at least till the new President takes over on 20th January. By any standard this is shameful not only for Trump but also for his supporters.

Trump has announced, the transition of power on 20th January will be peaceful but did not accept the results, echoing his slogan “Make America Great Again.”

Trump has been blamed by people and media across US and the world for what happened on Wednesday and even by many Congressman and Senators of his own party. Many have asked for his removal under the 25th Amendment of the Constitution (removal of President from office or of his death or resignation, the Vice President shall become the President. Vice President Gerald Ford became the 38th President once Richard Nixon resigned from office following the Watergate scandal in 1973). Eugene Robinson writing for the Washington Post on 7th January says, ‘Let’s be clear: What happened Wednesday afternoon at the US Capitol was an attempted coup d’état, egged on by a lawless president desperately trying to cling to power ad encouraged by his cynical Republican enablers in Congress. It was perhaps inevitable that President Trump’s chaotic and incompetent tenure in office would end with riots and tear gas. …Images from this shameful day will endure forever: crowds storming the security barricades, overwhelming outnumbered and seemingly unprepared Capitol police, and breaking windows to pour into the seat of American power’.

What will happen till the new President is sworn in or even after still remains unknown. During his presidency Donal Trump has divided America and has promised to continue with his policy ‘Make America Great Again,’ meaning in US it will be the whites who will call the shots. People of other races, colours or faiths will be banished into oblivion, downgraded to second class citizen. It is for the people of America to decide whether they want to see their country return back to the days of 60s or remain a country which the founding fathers dreamt of. Whether Trump is removed or impeached during his remaining tenure remains to be seen but as a person who has incited an unprecedented violence on last Wednesday he can always be tried in any court of law even when he leaves office. However one thing must be appreciated with all the insanity of Trump and his followers, the important of institutions of US survived and some like the US judicial system became more powerful.