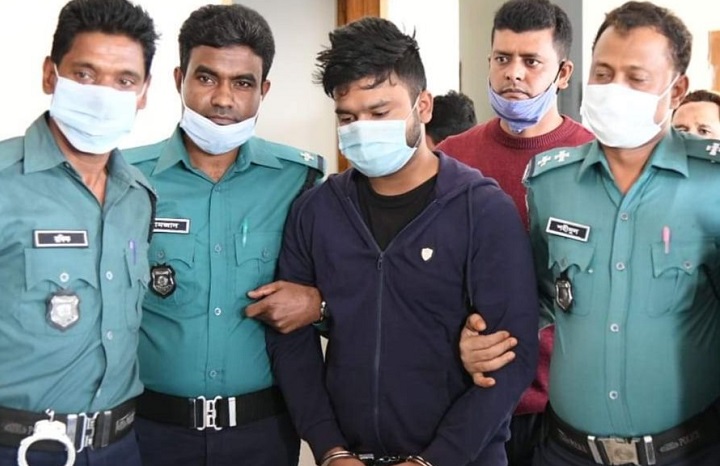 Tanvir Iftekhar Dihan, accused of raping and subsequently murdering a schoolgirl in capital’s Kalabagan area, has confessed his crimes before a Dhaka court on Friday.

Dhaka Metropolitan Magistrate Mamunur Rashid recorded his statement under section 164 after police producing Dihan, 18, before the court as he was willing to give his confessional statement. Later the court sent him to jail.

Earlier, father of the victim, 17, an O-level student of Mastermind School, filed the case with Kalabagan Police Station.

According to the case documents, Dihan called and took the girl to his Lake Circus Road flat and raped her there on January 7. As the girl fell sick due to rape, Dihan along with his friends took her to nearby Anwar Khan Modern Hospital, where the attending doctors declared her dead.

The hospital authorities informed the police and on the request of the law enforcing agency, they detained Dihan and handed him over to police. Later, the police arrested three of Dihan’s friends from the hospital.

Sajjadur Rahman, Dhaka Metropolitan Police (DMP) Deputy Commissioner (DC) of Ramna division, said that they have to wait for the forensic report to be ensured whether the girl was raped before killing.

Mohammad Sharif, brother-in-law of the deceased, told the Daily Sun that the victim was going to a coaching centre from her residence at Kalabagan at noon.

At that time, one of her girl friends called her and took to Dolphin Lane.

The prime culprit Fardin and his three friends forcibly took her to a residence and raped her one after another, he said.