'The Masked Dancer' reveals a smartypants behind Ice Cube 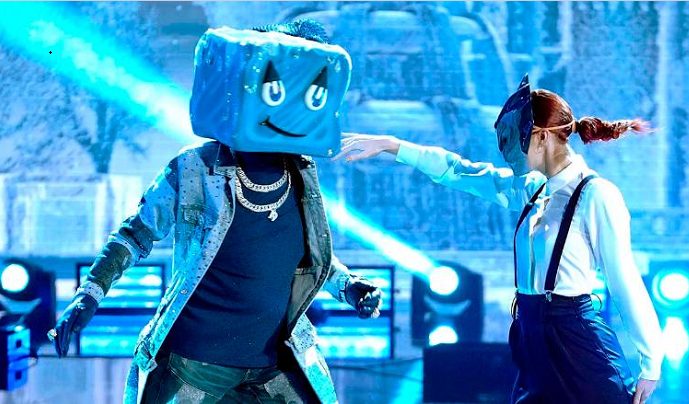 "The Masked Dancer" revealed the celebrity under the Ice Cube costume Wednesday night.

Bill Nye the Science Guy, who loves to dance and appeared on "Dancing with the Stars" in 2013, took off the costume to reveal himself after performing a swing dance to a cover of Lady Gaga's "Bad Romance."

Clues dropped included hints on climate change and the environment. He was shown with a periodic table, saying, "My dreams came true and I finally feel in my element."

Bill Nye The Science Guy and host Craig Robinson in the "Group B Premiere - New Year, New Mask! (Who Dis?)" episode of "The Masked Dancer."

The panelists all guessed differently, with Brian Austin Green guessing Bill Maher, Paula Abdul guessing Tim Gunn, and Ashley Tisdale guessing Al Gore. Ken Jeong correctly named Nye, shouting, "This is the happiest time of my life! I never get anything right on that other show!" (He also judges "The Masked Singer.")