China brings its cruel crackdown on Uighur advocates to the US 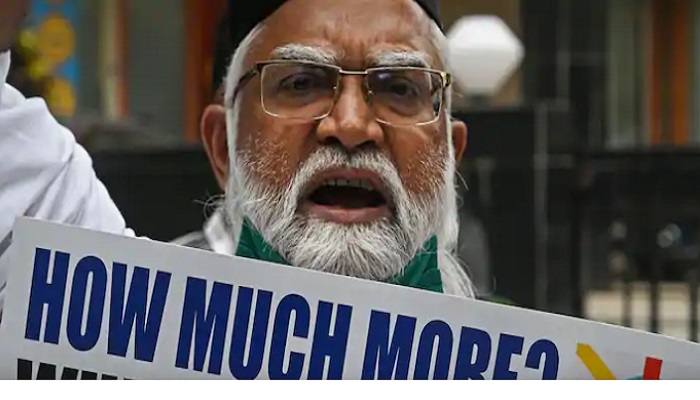 NOT CONTENT with suppressing all dissent inside its borders, China’s Communist regime has become increasingly aggressive in its efforts to shut down foreign critics, including in the United States and other Western democracies.

A particularly cruel example of that policy emerged last week when a U.S.-based Uighur family revealed that a close relative in China had been handed a 20-year prison sentence in apparent retaliation for their activism.

Gulshan Abbas, a retired doctor, disappeared in September 2018 in Urumqi, the capital of the Xinjiang region, where China has been waging a campaign to eradicate the culture of the mostly Muslim Uighur people.

More than 1 million have been subjected to reeducation in concentration camps, and lately many have been transferred to forced labor.

Ms. Abbas’s sister, Rushan Abbas, formed a Washington-based advocacy group, the Campaign for Uyghurs, to raise awareness of this extraordinary human rights crime. Her elderly sister’s disappearance came just days after she took part in a public panel at the Hudson Institute and discussed conditions in the concentration camps.

Now, Rushan Abbas and her niece, Ziba Murat, have learned that Gulshan Abbas was sentenced to 20 years in prison on terrorism charges. Her alleged crime was association with her sister’s advocacy group, which Beijing has designated as a terrorist organisation.

Ms. Murat, who is Gulshan Abbas’s daughter and lives in Virginia, said at a news conference that her mother’s trial and sentence in March 2019 were secret, and that the family had learned about them only recently from an informed source.

“My mom is a medical professional, a nonpolitical kind of person who has spent her life helping people,” Ms. Murat said. The only purpose of the “preposterous” charges against her, Ms. Murat said, was to punish and silence her U.S.-based relatives.

Imprisoning Uighurs with U.S. connections is not a new tactic for the regime of Xi Jinping. Last year, a Washington-based Uighur lawyer, Rayhan Asat, disclosed that her brother, Ekpar Asat, had been handed a 15-year prison term in a secret trial.

He had disappeared in 2016, days after returning to Xinjiang from a visit to the United States on a State Department-sponsored cultural exchange program. Mr. Asat was a social media entrepreneur who had been praised in the Chinese media for promoting understanding between Uighurs and Han Chinese. But following his participation in the State Department program, he was detained and charged with “inciting ethnic hatred.”

The campaign against the Uighurs poses a particular challenge to the incoming administration of President-elect Joe Biden, which must find ways to impose a cost on Beijing for what amounts to cultural genocide.

Part of that response must be to deter attacks on Uighurs who have sought refuge in the United States, or on their family members still in China. As Ms. Murat put it, their cases “must be raised by the U.S. government as essential to any dialogue with the Chinese government.”