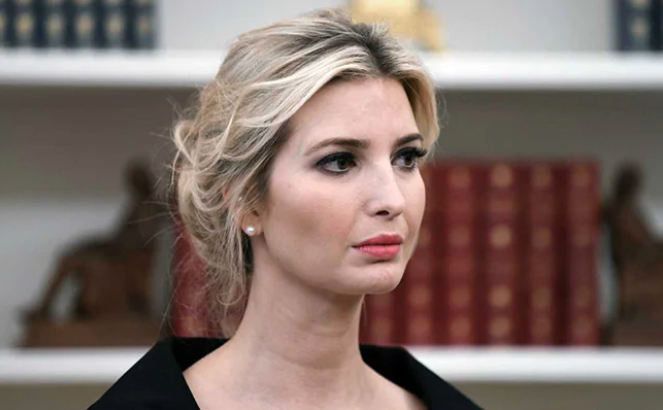 Ivanka Trump deleted a tweet calling the mob that stormed the US Capitol on Wednesday "American Patriots", the US media reported, even as screenshots circulating online provoked a huge backlash.

Four people died in clashes after a large group of supporters of President Donald Trump entered the Capitol in extraordinary events in Washington on Wednesday evening, when the Congress was meeting to certify President-elect Joe Biden's election win.

Ivanka Trump posted the controversial tweet as she retweeted her father's post urging his supporters to "stay peaceful".

"American Patriots - any security breach or disrespect to our law enforcement is unacceptable. The violence must stop," she tweeted.

As the tweet drew condemnation, it was deleted but not fast enough to prevent screenshots doing the rounds on social media.

A CNN reporter tweeted the screenshot with the question: "Clarifying...you're saying these people are patriots??"

Ivanka Trump responded: "No. Peaceful protest is patriotic. Violence is unacceptable and must be condemned in the strongest terms."

Fifty-two people were arrested after the pro-Trump mob stormed the Capitol to stop Congress from certifying President-elect Biden's victory.

Twitter and Facebook temporarily locked the accounts of the US President as tech giants scrambled to crack down on his baseless claims about the elections.

Twitter hid three of Trump's tweets. The microblogging site locked Trump's account for 12 hours and said that if the tweets were not removed, the account would remain locked. 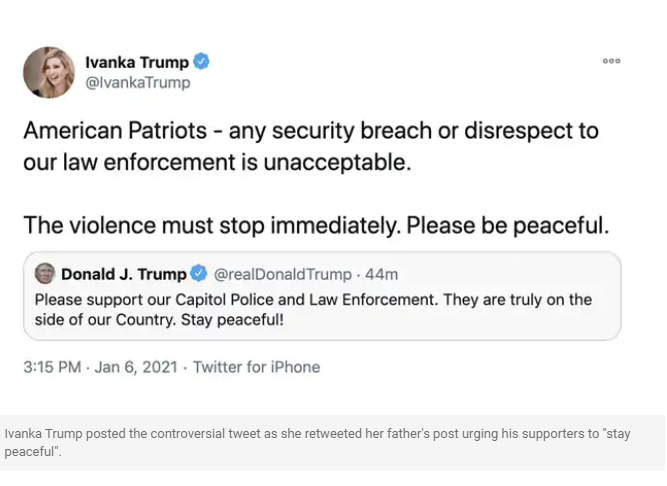