How to take care of your bicycle? 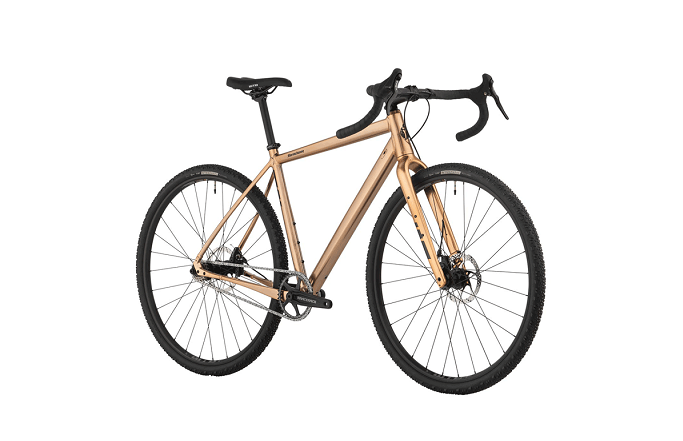 I first took up cycling in New York City in 2005, and at the time, I had never seen so much interest in biking — until COVID-19 struck. As the coronavirus pandemic has encouraged millions of Americans to rethink how they exercise, entertain themselves and move around their own cities and towns, bicycle sales and repairs have surged.

In March, nationwide bicycle sales doubled as Americans of all ages, races, and backgrounds looked to replace their gym memberships and subway commutes with pedal-powered transportation.

According to Danny Harris, the executive director of the bicycle, pedestrian and public transit advocacy organisation, Transportation Alternatives, New York City is facing an unprecedented bicycle boom. “We are seeing record numbers of cyclists across the city,” Harris said. “Weekend ridership is up 57% compared to last year, and we expect these numbers to continue to increase.”

Come winter — in a normal year, that is — many of these enthusiastic warm-weather riders permanently chain their bikes to fences or list them on Craigslist simply because they’re not sure what to do with them. But with coronavirus infections significantly increasing nationwide at the end of 2020, potentially leading to additional restrictions and shutdowns across New York City and around the country, cyclists have new reasons to want to continue riding through the winter. Pandemic-induced bike shortages have continued across the country, so anyone hoping to ride a bike next spring might want to hold on to the one they already have.

Considering that bicycle thefts have risen 27% in New York City during the pandemic, you might want to think twice before stashing your bicycle in your building’s hallway, basement or garage. According to Chris Dixon, a mechanic at the family-owned Dixon’s Bicycle Shop in Brooklyn, bicycles stored in hallways and stairwells can violate fire codes and even those stored in designated bike rooms can easily be damaged or go missing. “If the storage area is properly monitored and the building has a doorman, you may be safe,” Dixon said, “but I’ve also heard from a lot of customers who locked their bike within a collective indoor space and the bike still went missing or was damaged.”

Dixon added that it wasn’t uncommon for bikes to get shuffled around in a bike room. “Someone might move or knock over your bike while they’re trying to get at their own. If they don’t pick it up, then others will walk all over it, which can cause the rims to bend.” He recommends taking your bike inside your home, not only to protect it against human-caused theft and damage but also to protect it from cold weather and moisture.

New York City’s notoriously small apartments don’t typically have spare bedrooms that can be dedicated to bicycle storage but, fortunately, many space-saving indoor bicycle storage solutions do exist. Over-the-door racks, bicycle shelves, and vertical and free-standing racks can be reasonably priced and make it possible to store a bike (or multiple bikes) in small spaces and oddly shaped apartments.

As the owner of four bicycles, I have spent years testing out bike storage configurations that maximise floor space and minimise the likelihood of my tripping over them in the middle of the night. Three of my bikes lean against the wall in the small foyer, with the least-used bicycle (a Surly Long Haul Trucker touring bike) sitting closest to the wall.

My two most-used bicycles (a Cayne Uno single-speed fixed gear and a Bike Friday New World Tourist folding bike) come next, facing in opposite directions, so they’re most accessible. My “fancy” bike (a carbon fibre Orbea road bike) doubles as wall art, hanging on a vertical bike rack behind the hall closet door.

Since I mostly only use this bike for long road rides outside of the city, I installed the rack several feet off the floor to allow for storage space underneath. Next to the bike pile sits a small shelf with basic bicycle tools, spare parts and a bike pump, an essential investment for any bicycle owner.

If you don’t plan on riding during the winter, or if you plan on riding only infrequently, be sure to remove lights, water bottles and GPS cycling computers, particularly if the bike will be kept in a shared storage area or cold garage. Clean your water bottles and let them dry before storing them so that old water, debris or energy powder mix don’t convert into mould and bacteria. To help prevent rust and corrosion, make sure your chain is lubricated with bicycle-specific lube or wax.

Jeff Underwood, founder of Continuum Cycles and CC Cyclery in Manhattan, suggested scheduling an annual tuneup before storing your bike for the winter. “Not only will this put you ahead of the majority of riders who have to deal with the long wait times in the spring, this also helps out your smaller neighbourhood bike shop by giving them business in the offseason.”

If you choose not to get a tuneup, or if your bike just doesn’t need one yet, Underwood said to make sure the chain was lubricated correctly and that there was proper pressure in the tires before storing the bike. “When air slowly releases over time,” he said, “the weight of the bicycle can cause the tires to become misshapen.”

For cyclists who do expect to ride in the winter, Anna Maria Wolf, the owner of Sun and Air and King Kog bike shops in Brooklyn, also suggested getting a bike tuneup to avoid any mechanical issues when it’s cold and dark and you’re away from home.

“Be sure to wash the salt and sand off your drivetrain (the chain ring, chain, cassette (gears), and derailleur) after riding, then re-lubricate the parts to keep them in good shape.”

She advised putting old newspapers down in your hallway when cleaning your bike. Old newspapers or flattened cardboard boxes are also great at collecting any dirty water or grease that may drip off your bike after riding in the rain or snow.

When I first began riding, I never imagined riding during the winter. As the weather gradually got colder, however, my body adjusted to it and I learned which clothes to wear at different temperatures. Come January, I even asked my local bike shop to swap out my skinny tires for rugged tires suitable for riding in the snow. As the adage goes, there’s no such thing as bad weather, only bad gear.

Wolf said that since our bodies generate more heat when we ride, colder temperatures aren’t the problem. The problem is being unprepared for the cold. Wolf acknowledged that wet and icy conditions would require more riding skill, but if the weather is cold and dry, it’s just a matter of wearing sufficient layers. “With the right gear,” she said, “you can easily work out into the low 20s without too much discomfort.”

The key to cold weather cycling is dressing in layers that can be easily taken off or put on as the weather changes or as your body feels warmer or colder. Wolf stressed the importance of avoiding cotton as a base layer. “You want the layer closest to your skin to be wool or a technical fibre base that will wick away moisture so you can stay dry and warm.”

As for the top layer, she recommended something that was wind- and waterproof, such as a rain jacket or windbreaker you might already own. She also suggested touch-screen gloves so you don’t have to remove your gloves should you need to access your phone, along with a thin hat that covers your forehead and ears but still fits comfortably under your helmet.

Storing your bike in good working condition will not only ensure that it’s safe to ride in the spring — it might even encourage you to take it out for a spin this winter.