Rhea Chakraborty should get a fair trial: Rumi Jaffery 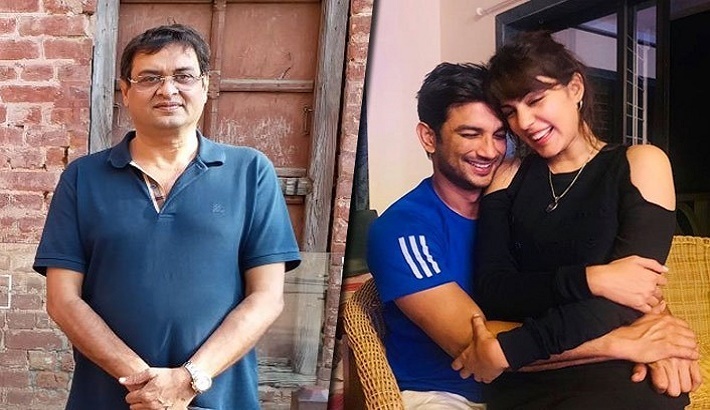 Optimistic about the new year, director Rumi Jaffery is looking forward to the release of ‘Chehre’.

The Amitabh Bachchan and Emraan Hashmi-led thriller will see Rhea Chakraborty return to the big screen after a tumultuous 2020. Following a probe by the Narcotics Control Bureau (NCB), the actor was arrested in September 2020 on drug-related charges in the Sushant Singh Rajput case and was granted bail in October, after she spent 28 days in Byculla Jail.

The director, who recently met Chakraborty, believes the worst is behind her. "I am confident she will get through this phase. Everybody around will advise you to be brave, but only the one going through [the ordeal] knows how difficult it is. Time is the best healer; with time, she will be fine. She is a talented artiste and will be ready to bounce back," he says.

In the months following Rajput's death in June 2020, Chakraborty was accused of abetment to suicide and embezzlement of funds by the deceased actor's family, subjected to online vitriol, and interrogated by the NCB.

A section of Bollywood — including Vidya Balan, Taapsee Pannu, Farhan Akhtar and Dia Mirza — had taken to Twitter to voice their support for her. Jaffery adds, "People drew their own conclusions on the matter.

Ideally, we should wait for the judiciary to give its verdict. Every coin has two sides, but Rhea should also get a fair trial. I have the highest regard for those who supported her then."