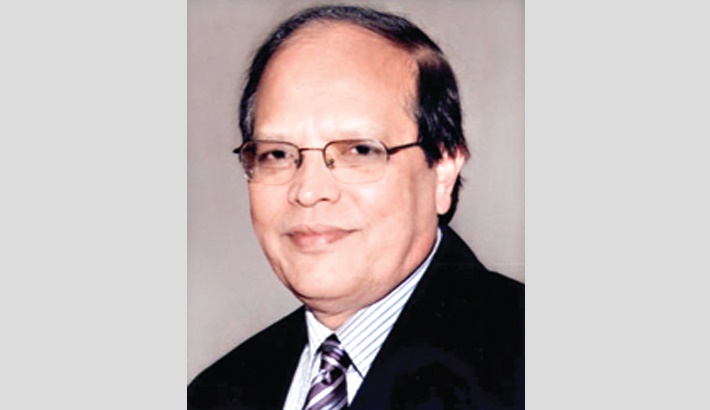 It is heartening to note that the government led by honourable Prime Minister Sheikh Hasina has just completed twelve years of its continued existence. The last one year of her latest spell has been particularly challenging and at the same time rewarding. She had the opportunity of demonstrating the mettle of her inspirational and ethical leadership like her father facing unprecedented challenges. 2020 has, indeed, been a year which not only crippled the global economy, but also spotted the fault lines of the domestic economies that remained unaddressed for years.

Global economy was poised to shrink by at least five per cent during the last year. The New Year also does not augur well as most of the European countries are going into lockdowns again in the face of surging infections of corona despite on-going vaccinations. Thanks to the sprawling digital marketing platforms, a part of that loss is being made up. Yet countries like Bangladesh with major sources of their demand for its low-cost low skilled export items can certainly be in tight corner.

Bangladesh has fortunately done far better than many of its peers so far in facing the challenges of the pandemic by putting ‘the people first strategy’. Its inclusive development strategy focusing on people’s needs and aspirations has been paying well. No doubt Bangladesh aspires to grow at 7.7 per cent in the current fiscal year which will end in June braving the pandemic. This has been projected by the recently launched eighth five-year plan. The plan too is people-centric and hopes to create 13 million jobs by implementing both mega infrastructures and providing support to the entrepreneurs including the SMEs. This has been a known strategy of Bangladesh during the last twelve years. The continuity of the government has provided an extra policy space to think long and investment in infrastructures that are growth multipliers. This has certainly provided an opportunity of strengthening the business confidence.

Bangladesh has indeed done pretty well during the pandemic as reflected not only in its reasonable growth rate of 5.2 per cent in the last fiscal year, it has also shown to the world how to utilize the innovative role of the central bank which has been evolving into a developmental regulator.  It came out bravely in delivering the much-needed liquidity by easing many of its regulatory requirements like reducing CRR, SLR and increasing ADR and buying aggressively dollars from the banks to stabilize exchange rate of Taka to incentivize the exporters and remitters. Moreover, it continued its policy support for cash incentives to beneficiaries of the remittances and exporters.

These created a highly liquid money market which helped banks to implement the 21 stimulus packages amounting 4.3 per cent of GDP. It put additional support to agriculture which was already performing robustly with continued public investment. Even the MFIs were also provided with low-cost refinancing facilities which are going to be further revamped in the coming days. They are working on the ground with the grassroots level entrepreneurs and such support will certainly keep our domestic demand upbeat.

I only hope both the government and the central bank continue their existing policy stance in 2021 since we are still not out of the woods. Nor is the world at large. Although most international financial and development organizations are keeping Bangladesh as a frontier state in successfully overcoming the challenges of the ongoing pandemic, we ought to remain on guard. Bangladesh did so well mainly for the following policy consistencies:

1. It has been following an inclusive development since its birth with marked deviations during the military and similar autocratic rules. However, the last twelve years have witnessed a consistent inclusive development strategy under the leadership of Sheikh Hasina who derives fighting spirit from Bangabandhu and the Freedom Fighters.

2. The inclusive development policy of the current government has gained speed due to effective digital transformation pursued by both the government and the financial sector as a part of the strategic move made by Sheikh Hasina in her 2008 Election Manifesto.

3. The central bank complemented government’s inclusive development strategy by completely overhauling its payment system and other policy tools under the innovative financial inclusion strategy, encouraging the best use of digital technology in taking the money to the bottom of the pyramid. The mind-boggling innovations in the regulatory infrastructures including automated cleaning house, electronic fund transfer, automated credit information bureau, real time gross settlement, national payment switch etc. to name a few- have completely changed the architecture of central banking and its connect with the financial service providers. Building on the strong base of the micro-finance, Bangladesh Bank worked jointly with Microcredit Regulatory Authority to create new windows of linked programs of small credit for the rural entrepreneurs including farmers through tested MFIs. This experience has played well even during this pandemic. The mobile financial services and agent banking have been playing significant role in easing the monetary transmission channel and augmenting the level of remittances.

4. The government has been focused on supporting agriculture with several investment facilities in addition to the agricultural credit pushed by the central bank through commercial banks and other partners engaged at the grassroots. Indeed, agriculture has been the backbone of the sustainable development outcome demonstrated by this government. This has helped keep the domestic demand so robust that people in Bangladesh did not feel at all the pain of global financial crisis of 2008-9. This is being repeated now in facing the pandemic.

5. Bangladesh made some early investment in human development by supporting primary health, education and social protection that helped improve its human development index and women empowerment. This it did with strategic partnership with the private sector, both not for profit and for profit. Despite initial hiccups the health sector has come out of its initial limitations and is now doing very well in facing the pandemic. The frontline pandemic fighters including doctors and others involved in health management have really come of age and providing the best of the health services given the institutional and resource constraints. Hopefully, this learning by doing experience of these health professionals will prove to be most rewarding soon when the vaccination will be rolled out.

6. The leadership matters. Bangladesh has been lucky to witness a focused, inclusive, and aesthetic leadership for a long period of time giving the most desired lead to the governance which touches the ground despite many challenges. Sheikh Hasina has been leading from the front. Her courageous and compassionate leadership has put Bangladesh into the club of 20 best Covid-resilient countries of the world bypassing some of the developed countries as ranked by Bloomberg. Her leadership in focusing on mega projects like Padma Bridge, Metro Rail, Elevated Expressway, Matarbari energy hub and deep sea port ,Payera Port, hundred special economic zones, dozens of high tech parks, Rooppur Atomic energy plant etc. despite our resource constraints speaks volumes of her confidence level in thinking big and implementing the same. In addition, she is an ardent supporter of Paris Climate Agreement and SDGs pushing adaptation measures to face climate vulnerabilities both as a national and global green leader. No doubt, she is now pushing for a ‘cleaner and safer world’.

I can go on adding many more factors leading to such an amazing socio-economic transformation of Bangladesh with its citizen enjoying a per capita income of two thousand USD plus, 73 years of life expectancy and near replacement level of fertility rate (two children per eligible couple), less than half of average infant and maternal mortality rates of the developing countries’ average and nearly 40 per cent women participation in formal jobs as opposed to 21 per cent in our nearest neighbouring  country.

I hope Bangladesh will continue to invest more on people with higher allocations for health sector given the need for buying and injecting Covid-19 vaccines, education sector which has been worst affected and, of course, the social protection programs as the new poor have been added in addition to poor getting poorer due to Covid-19. We really want to regain our spectacular performance in poverty reduction which has been destabilized by this unprecedented pandemic.

With these few words let me congratulate the present government led by Sheikh Hasina which has demonstrated extraordinary resilience during this pandemic and promises to be one of the best performers in coming out of this global crisis, defying all the doomsday predictions.

The writer is the Bangabandhu Chair Professor of Dhaka University and former Governor of Bangladesh Bank. Email: [email protected]