DWASA takes its services to a new height by gearing up capacity: Taqsem A Khan 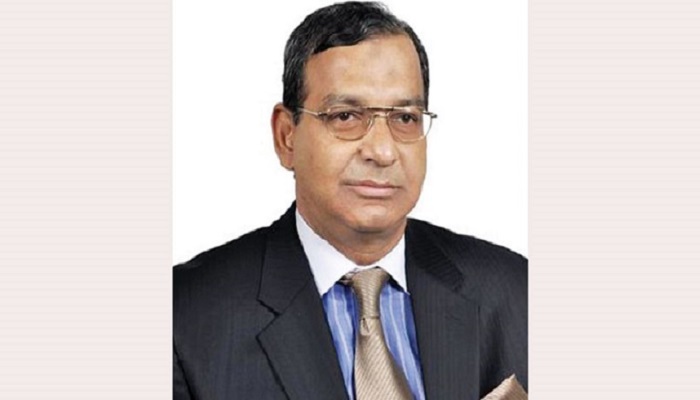 Dhaka Water Supply and Sewerage Authority (DWASA) has done a great deal of improving services by saying goodbye to corruption and adopting technology.

A nearly-dysfunctional organisation has taken a U-turn due to timely steps and reforms initiated by its Managing Director Taqsem A Khan.

It was very difficult task for anybody to reform DWASA which was crippled by corruption, irregularities, insincerity and inefficiency of a section of employees.

After taking over as Managing Director in 2009, Taqsem A Khan jumped into reforms and modernisation process.

DWASA has not only got back image but also turned into a people-friendly service provider.

Taqsem A Khan has been modernising Water Supply and Sewerage Authority to such a level needed for Dhaka to be an international standard capital city.

In an interview, Taqsem A Khan elaborated past and present status of the important organisation.

For getting full-fledged autonomy on the part of DWASA, he gave the credit to Prime Minister Sheikh Hasina who made the organisation independent in terms of taking decision, fixing salaries of the employees and performing other jobs.

WASA is a state-owned corporate body run as per a law of 1996, he said, adding the organisation consists of two wings --Board and Management.

Unlike other government offices, WASA is not dependent on the establishment and other ministries, he said.

The WASA board and Management are totally free from any interference by the government, Taqsem A Khan reiterated.

Drawing analogy between past and present, he said the organisation faced a major setback after BNP came to power in 2001.

“WASA started to function as any other government offices functioned during the BNP regime. Taking over as Managing Director in 2009, I took massive reform measures, allowing WASA to turn around. I set a vision to render it the best water supplying authority in South Asia. The plan involves money and technology. I decided to go for water treatment plants reducing dependence on underground sources to be echo-friendly.”

Taqsem said city dwellers are getting water from 800 pumps which should be increased to 1,600 within a few years.

Mentioning the additional measures taken by his office amid corona pandemic, he said “Two crore people of Dhaka city are dependent on the service of WASA. It is not possible for us to remain at home. The government closed the office on March 26. But I took a bold stand to keep the office open. Accordingly, I along with others held office every day. Two out of 4,000 employees died of corona. I was in contact with other staffs whoever tested positive for coronavirus.”

Expressing zero tolerance against corruption, he said “ I formed a strong committee to stamp out corruptions and irregularities last year. I have ensured display of the warnings in every offices under WASA to boost awareness. If all employees are requested to be honest, 1 percent of them will respond. If salaries are hiked, 10 percent of the corrupt employees will retreat. So, I am trying to find answer to a question as to why and how people commit corruption. I think it is the effective way of purging.”

About major reforms in water distribution network, he said WASA to have formed district metered area (DMA)to be divided into 144 distribution areas.

“We are done with work in 64 distribution areas reducing system loss to 5 percent. None but Tokyo city has such record. Therefore, officials of various Indian cities are coming to us to receive training. We are also invited by many city authorities to go there and share our knowledge obtained from ‘Ghure Darao WASA’ project.”

Officials of the relevant field and other people from South Asian countries, especially India, Pakistan, Nepal and Sri Lanka will be able to join the training. After successful completion, the participants will get international certificate.”

“We were the first in the country to have introduced real time online payment system. Many organisations are now following the example,” he said.

About resolving problems caused by manual meter reading, he said WASA is trying to get the job done through application of technology and four other companies are also engaged in the project.

“We are trying to take WASA service to a new level by application of technology. If digitisation process is complete, services will be available at the doorstep of the people. Service-seekers need not to go to any office.”