Why flight crews often get to avoid tough quarantine rules 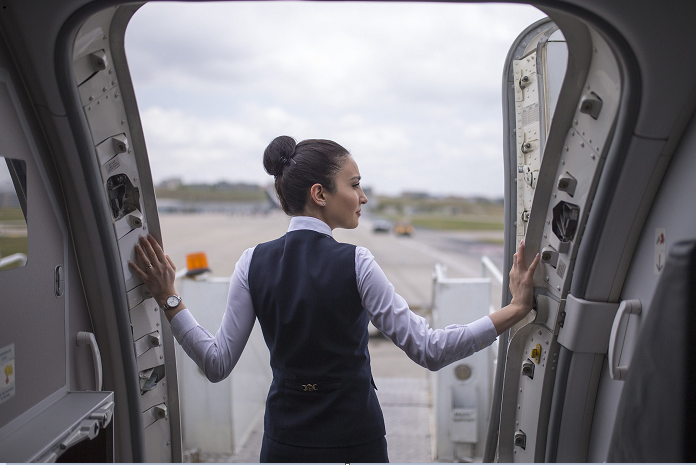 Countries around the Asia-Pacific region have closed borders and imposed strict quarantine requirements, essentially sealing themselves off from the world.

But in many jurisdictions there's a key exception to those rules: flight crews.

For months, flight crews in a number of places -- including Taiwan and Australia -- have been able to avoid the tough quarantine rules imposed on other international travelers. But rule breaches by airline staff in both places in December have prompted questions about whether exemptions for aviation workers are creating an unnecessary risk to the public.

Taiwan has now tightened its quarantine rules for flight crews, something two Australian states did in December.

But it's a tricky predicament. While health experts say that treating flight crews differently is a loophole in an otherwise tough border approach, aviation industry officials say exemptions are needed to keep the industry operating -- and avoid jeopardizing flight crews' mental health.

What happened in Australia and Taiwan?
When Taiwan reported its first locally-transmitted case in more than 250 days on December 22, authorities quickly pin-pointed a foreign pilot as the source of infection.

Authorities said a New Zealand pilot in his 60s infected a woman in her 30s after completing the required three days of quarantine required for pilots, Taiwan state media CNA reported. That pilot has now been fined by Taiwanese authorities for not disclosing his complete contact history and fired by his company.

Although the self-governed island reported its first case back in January, it managed to avoid a major coronavirus outbreak -- in total Taiwan has reported just over 800 coronavirus cases and only seven deaths. That success was largely due to its strict border approach: it closed borders in March to almost all non-residents and required international arrivals to quarantine at home for 14 days.

Except, that is, for air crew. Under Taiwan's previous rules, pilots only needed to quarantine for three days while flight attendants needed to quarantine for five -- reportedly the difference is that the latter group has more person-to-person interaction. As of January 1, crew need to spend seven days in quarantine after a long-haul flight and need to test negative before they are allowed to leave, Taiwan's Centers for Disease Control announced on December 28.

Australia's rules differed state by state, but previously, Australia-based flight crews flying into New South Wales were allowed to quarantine at home rather than in the state-run hotel quarantine facilities, while international crews were required to quarantine in one of around 25 hotels until their next flight, although they were not monitored by authorities like other international travelers.

It was strict by international standards, but still much more relaxed than what other incoming travelers faced -- two weeks in a state-run hotel quarantine at their own cost.

Travel to New Zealand during Covid-19: What you need to know before you go
But a series of incidents in December prompted questions over whether that was the right approach. A Sydney van driver who had transported international flight crews tested positive at the start of December.
Later that month, New South Wales Police fined 13 international air crew members 1,000 Australian dollars ($760) each for going to a number of Sydney venues when they should have been quarantining. And just before Christmas, a Qantas crew member tested positive after flying into Darwin from Paris and then boarding a domestic flight.

New South Wales now requires international crews to be quarantined at two designated airport hotels where they are monitored by health authorities and police. Crew based in New South Wales need to be tested before leaving, but can still isolate at home.

"We've said all along that it's a huge risk for us, but it's a risk we take because we want Australians to come back home ... and we want freight to come back," New South Wales Premier Gladys Berejiklian said in December as she tightened rules around crews. "It's the breach of the guidelines that's the problem, it's not the guidelines themselves, and we can't risk that."